Aiman Khan and Muneeb Butt are recently in Mecca and Meddina.They went there to commemorate 12th Rabi ul Awwal of 2022.They are seen uploading their pictures right from Mecca and Madina on their social media handles and people are asking them for pray for them too.It is true that only lucky ones are invited there and now Aiman and Muneeb Khan are among those lucky people. 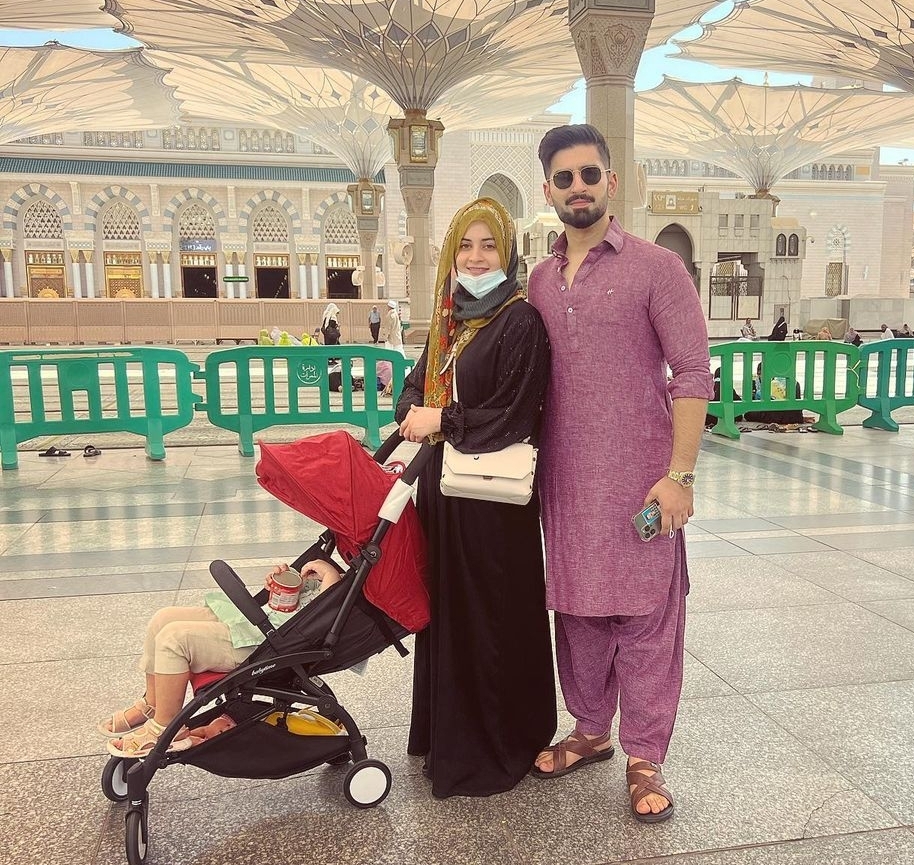 It should be noted that Aiman Khan and Muneeb Butt tied the knot in the year 2018 and Its been almost 4 years of their marriage.They both have a baby girl whom them have named as Amal Muneeb.The unfortunate thing is that Aiman Khan has not been seen in any drama serial after her marriage.It seems like she is currently focusing on giving her time to her family.Aiman Khan was once the most highest paid actress of Pakistan.

For those who don’t know,Aiman Khan has also opened an online clothing brand with her twin sister Minal Khan. And their brand prefers to make mostly oriental wear. 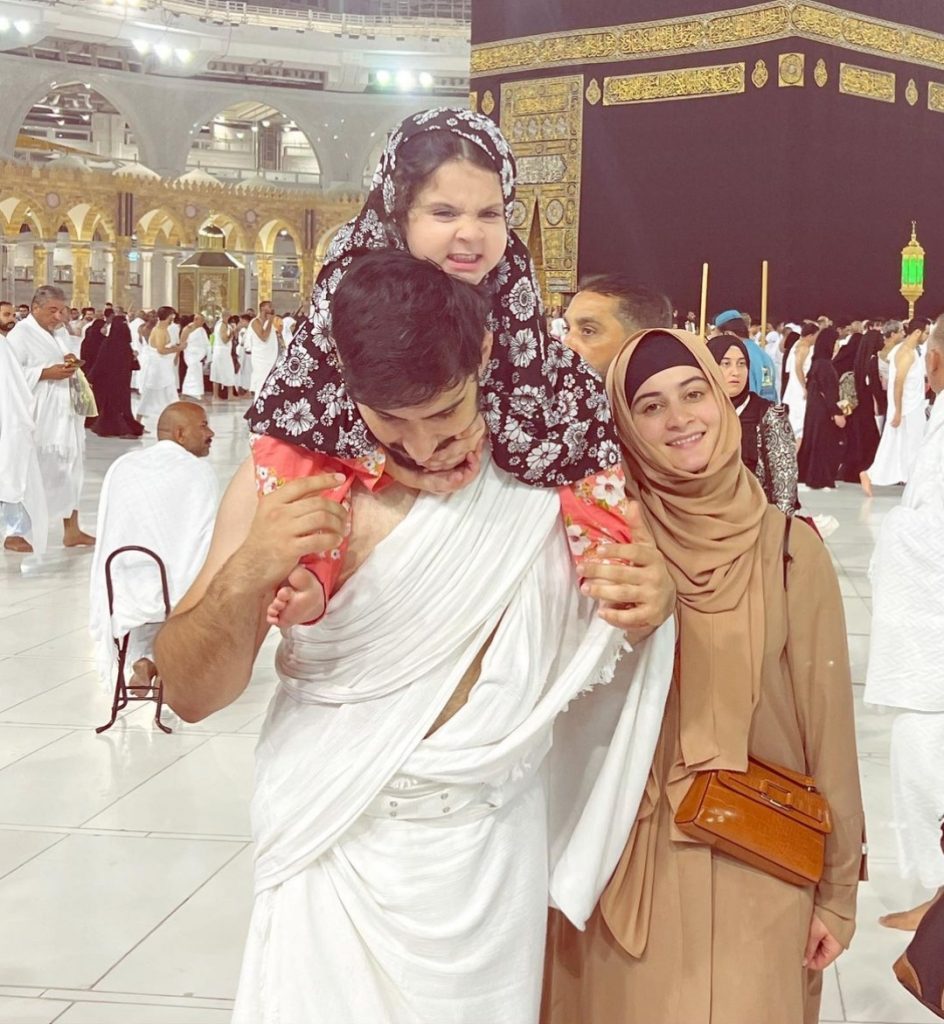 Aiman and Muneeb’s wedding pictures were circulating on internet for almost a month.People were liking their pictures a lot but on the other hand the couple was criticized for spending crores of rupees on their marriages.Netizens were asking that you should donate that much amount of money rather than spending on fascinating events.
Aiman’s twin sister Minal Khan is also married.Minal Khan exchanged rings with Ahsan Mohsin Ikram in the year 2021.She shares a very good bond with Aiman’s daughter Amal Muneeb.

But in today’s article,we will look at some glimpses of Aiman Khan and Muneeb Butt performing Umrah right from Mecca.Some people also criticized the couple for being active on social media despite being at a Holy place.Netizens also said that you should focus more on praying rather then uploading pictures. 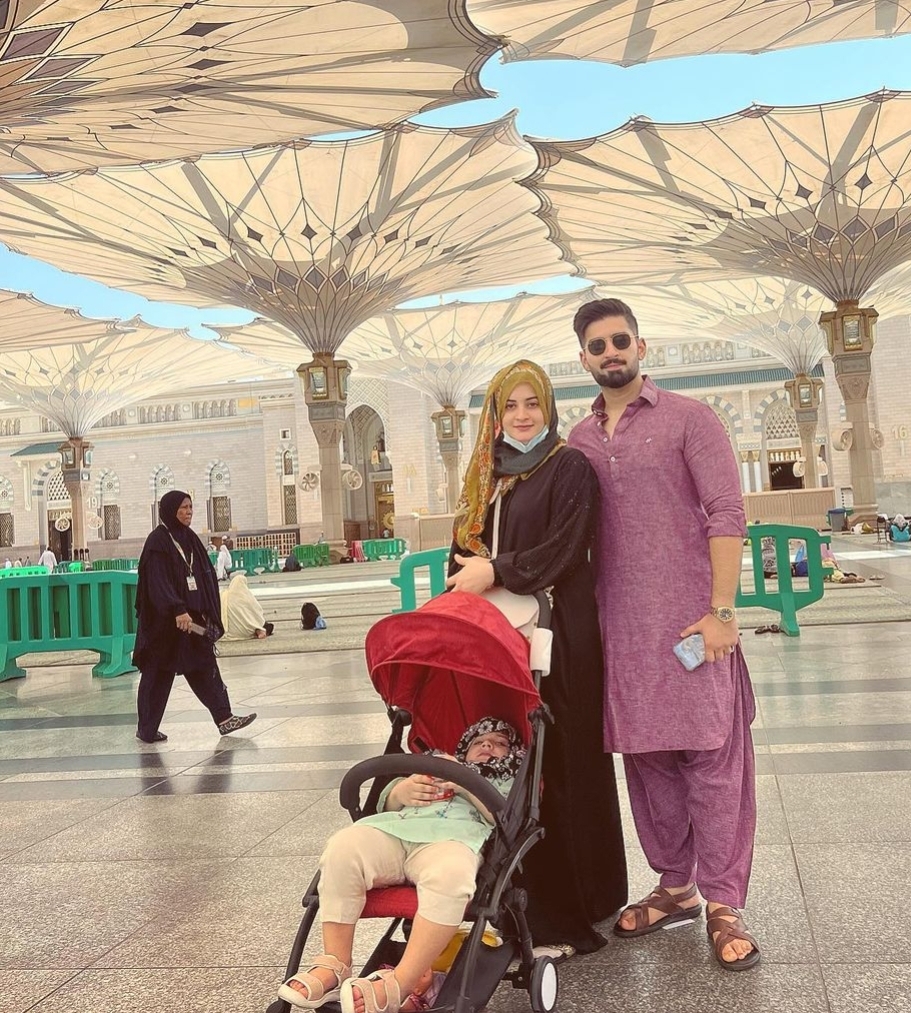 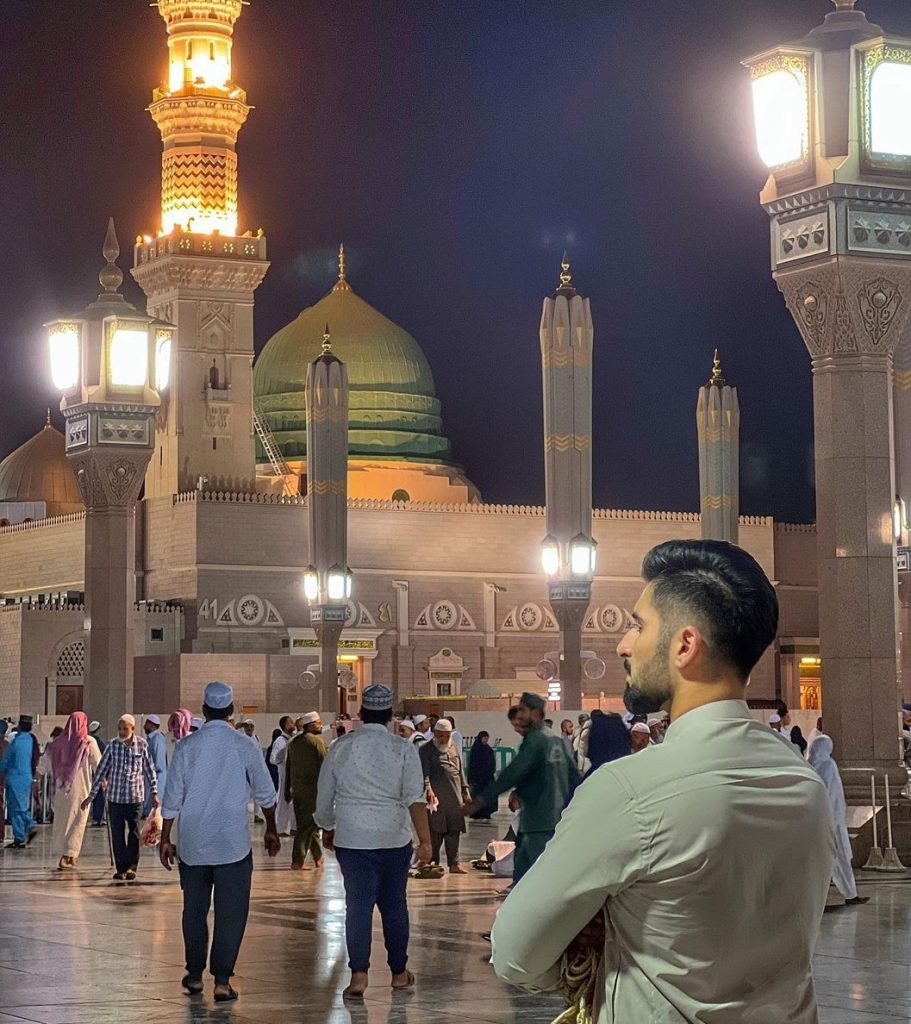 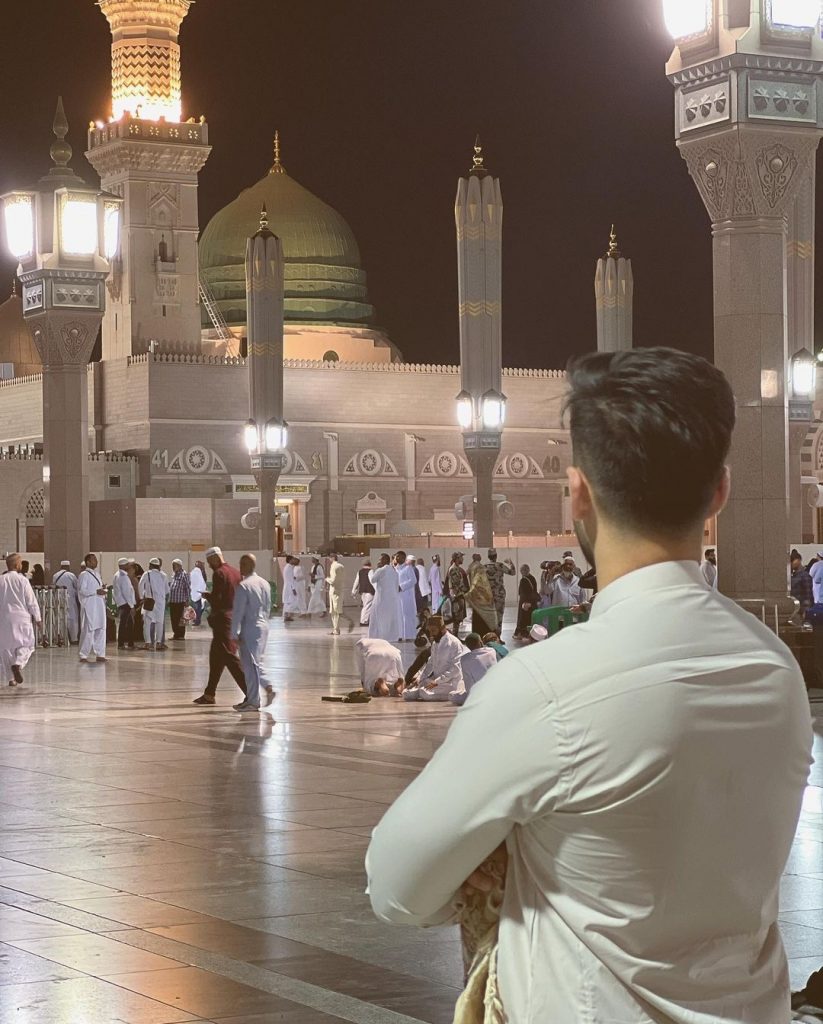 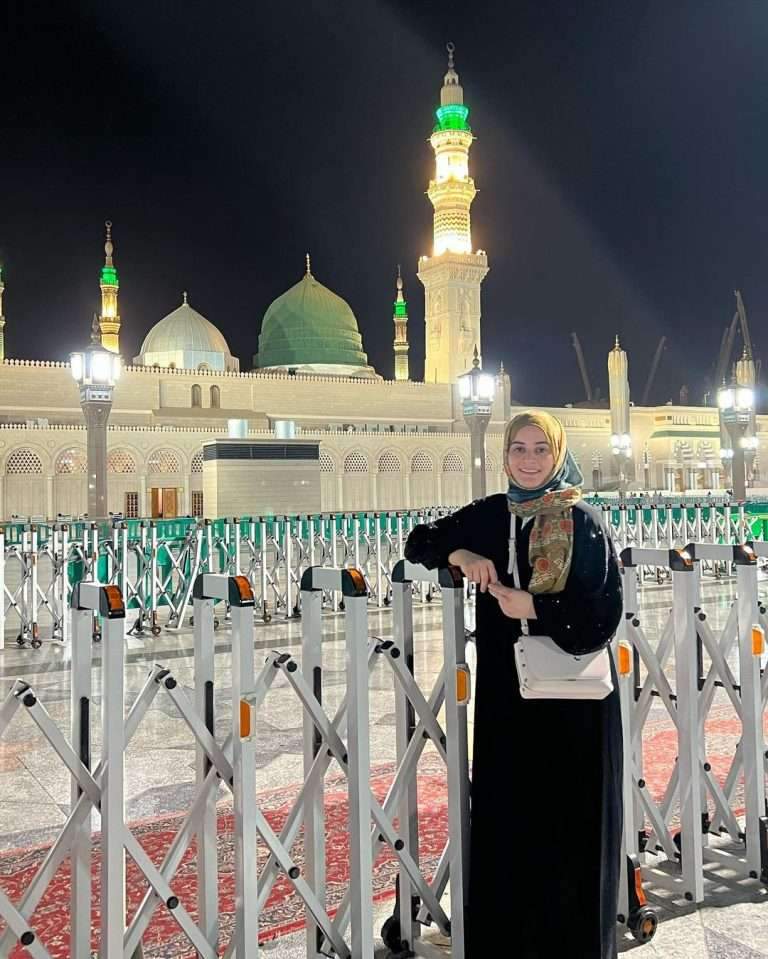 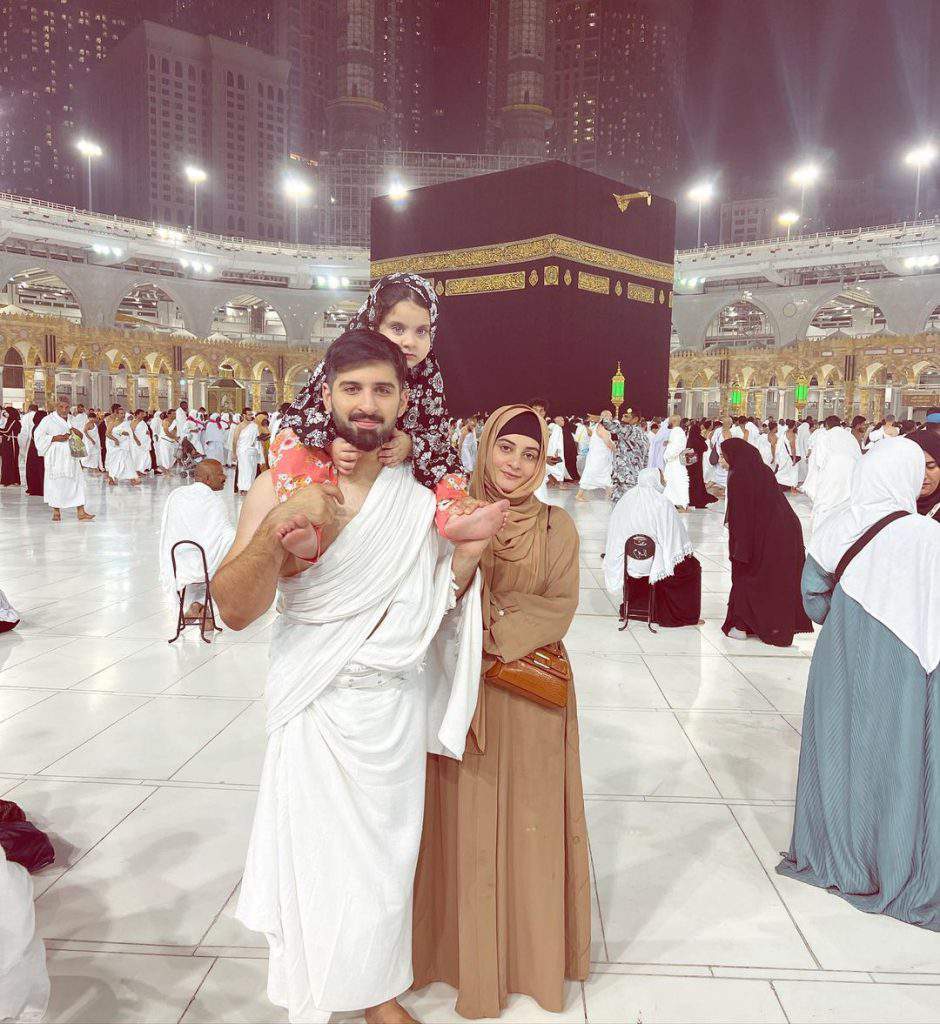 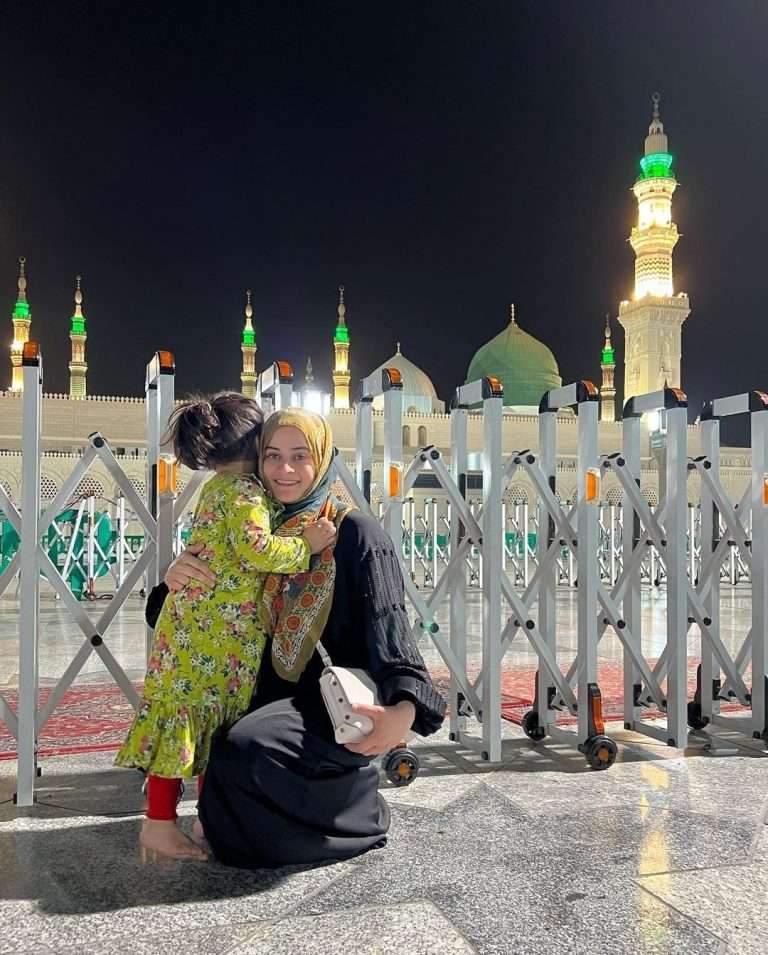 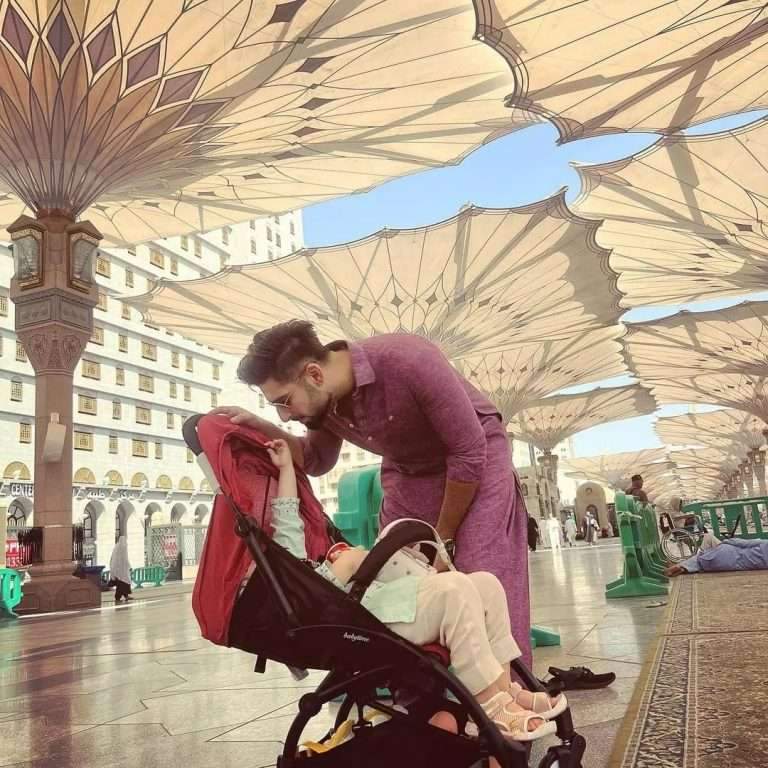 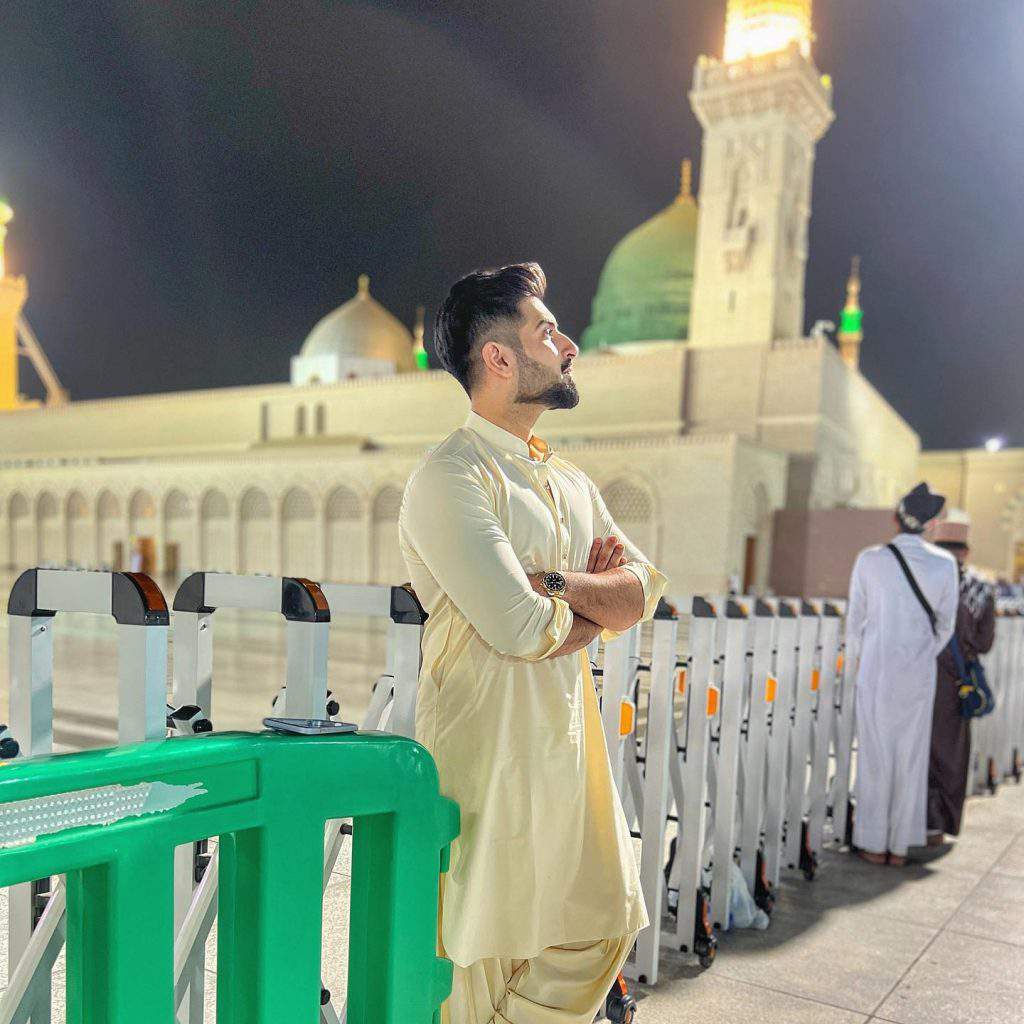 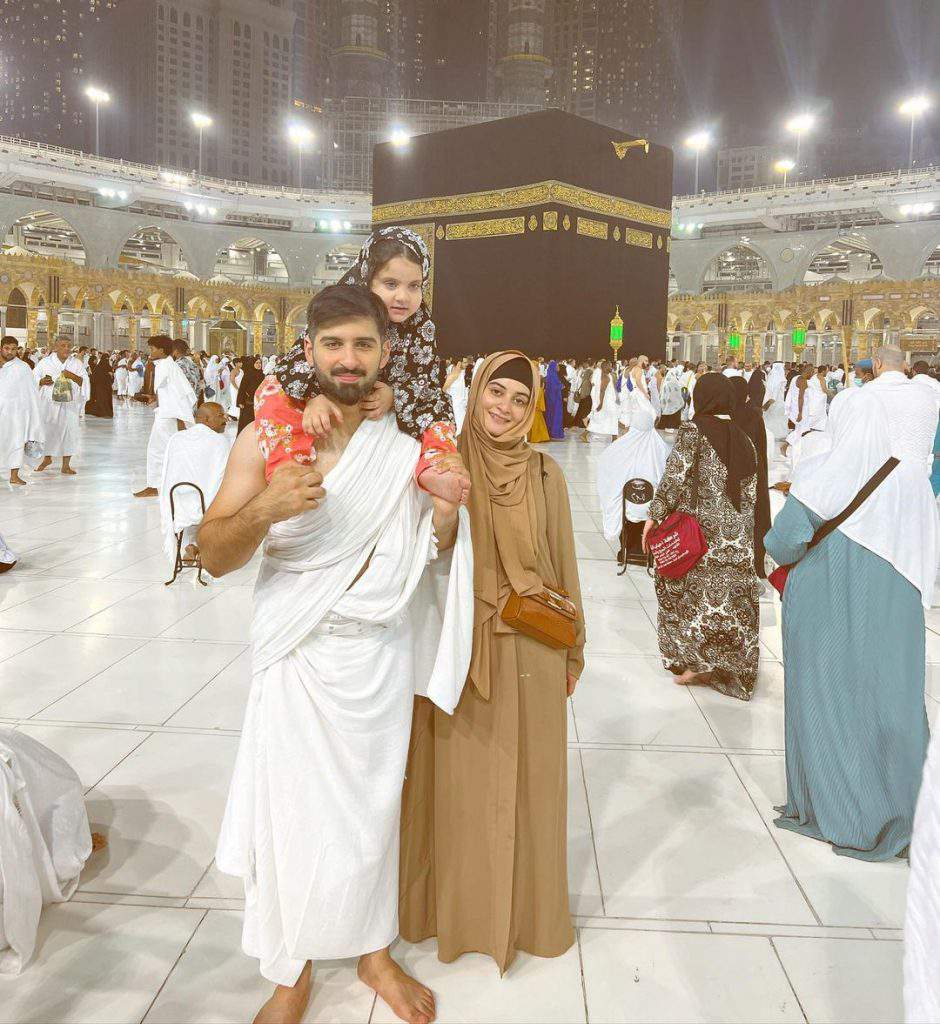