Hum Awards are no less than a treat for the netizens as It is full of fun and thriller. Almost all faces of our media industry are seen at the Hum Awards which are organised by Hum Television to pay a very good tribute to the actors. 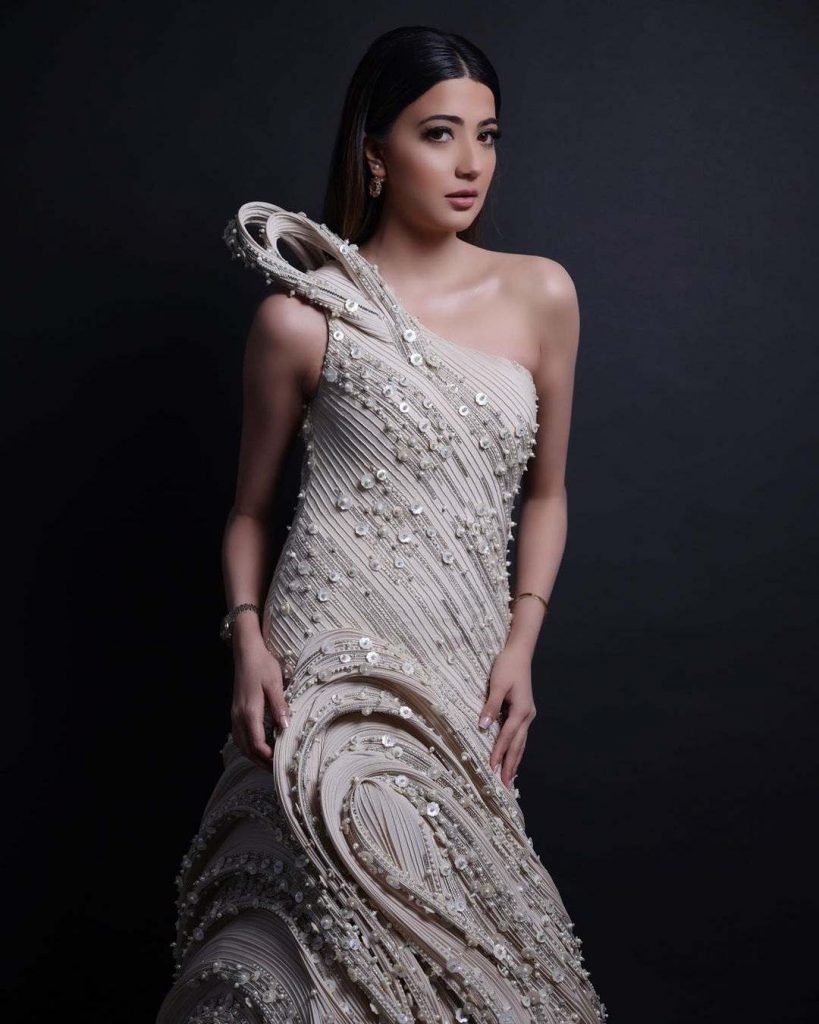 Aymen Saleem is one of the most gorgeous actress from Pakistani showbiz industry.She is often seen in urdu television shows.Aymen Saleem has gained lots of recognition in such a squat period of time.She made her acting debut by appearing in Hum Tv’s ramadan special Chupke Chupke which was a complete top notch drama serial with main character played by Ayeza Khan.Aymen Saleem played as Ramisha aka Mishi. 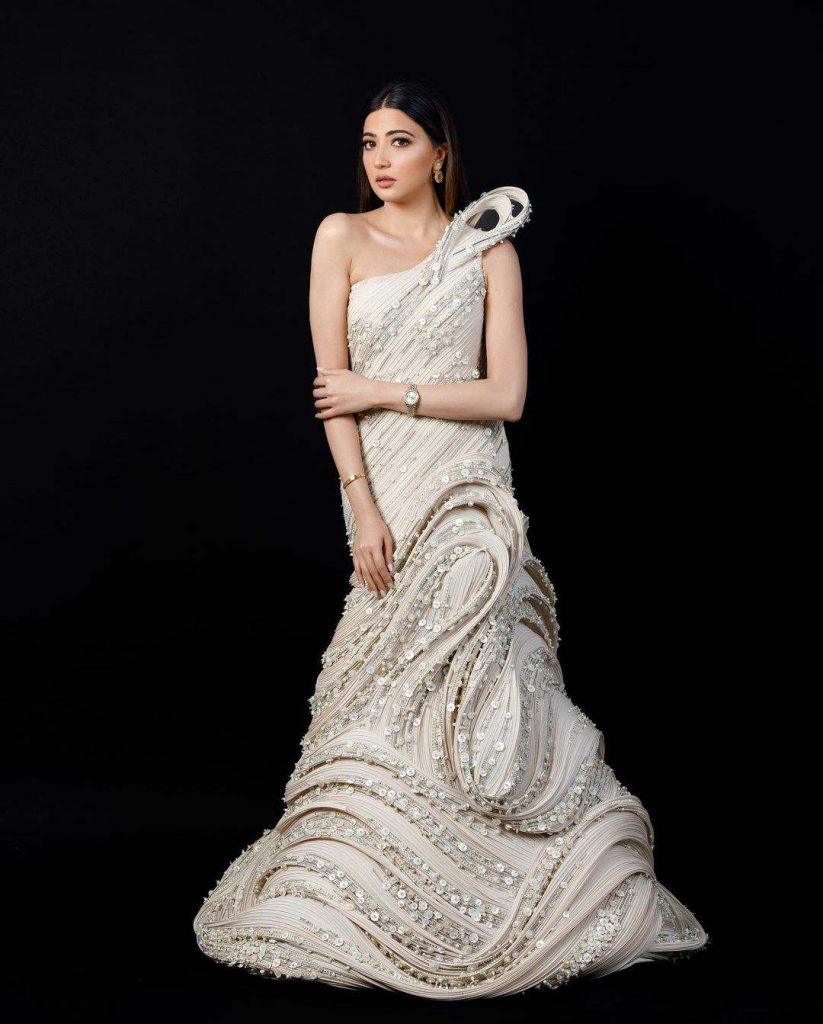 Aymen Saleem is best known for her beauty,she is no less than a fairy.Her on-screen couple with Arsalan Naseer aka Hadi has been the favorite of most of her fans and followers.If we talk about the instagram handle of gorgeous Aymen Saleem then she has more then 1 million followers on it.

Recently,8th Hum Awards were organised in Canada few days back and It was a treat to watch.Many known showbiz stars attended the glamorous night. Aymen Saleem was also one of those. 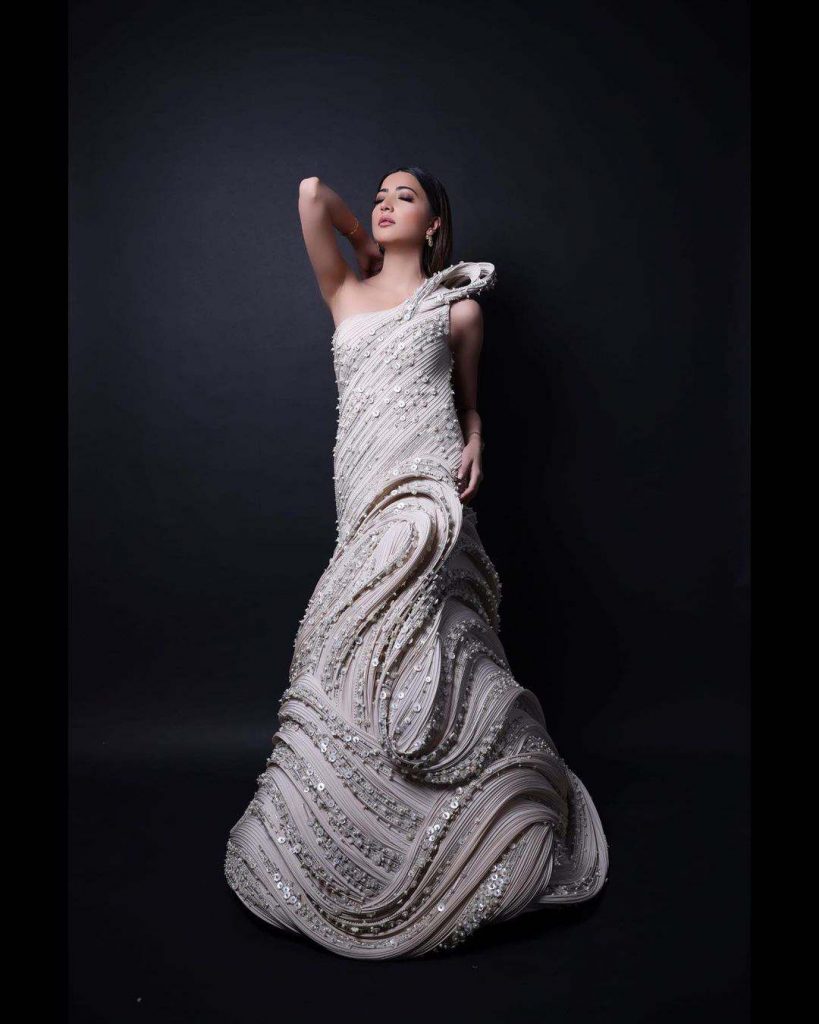 Ayman Saleem wore a radiating white frock with some stone work embroidered advancing its look to the top.It should be noted that the glowing dress was by a Indian couturier Gaurav Gupta.Adding to it,the makeup enhanced the look by a class,It was done by Zoya Beauty.The outfit is completely looking mesmerising on Aymen Saleem. 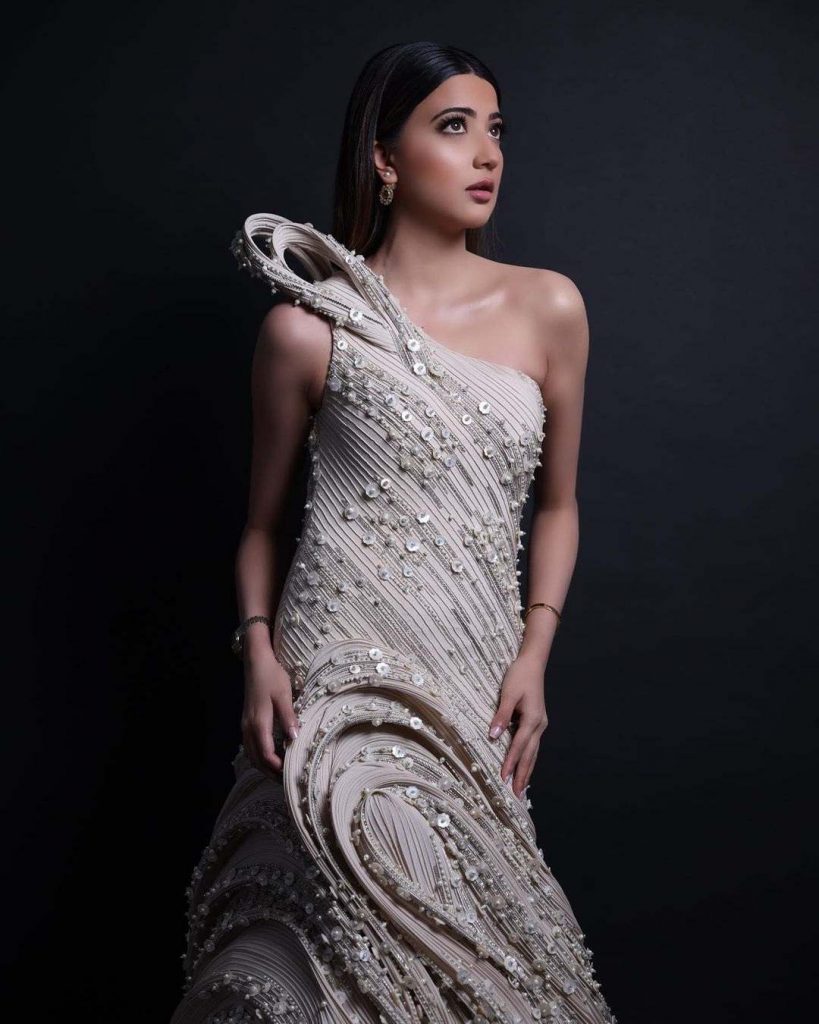 Meanwhile some people are commenting that how she is wearing a very heavy and odd dress with so much ease.Well what are your views on this?We will be pleased to know from you in the comment section below and don’t forget to follow us on Facebook for daily updates from all over Pakistan. 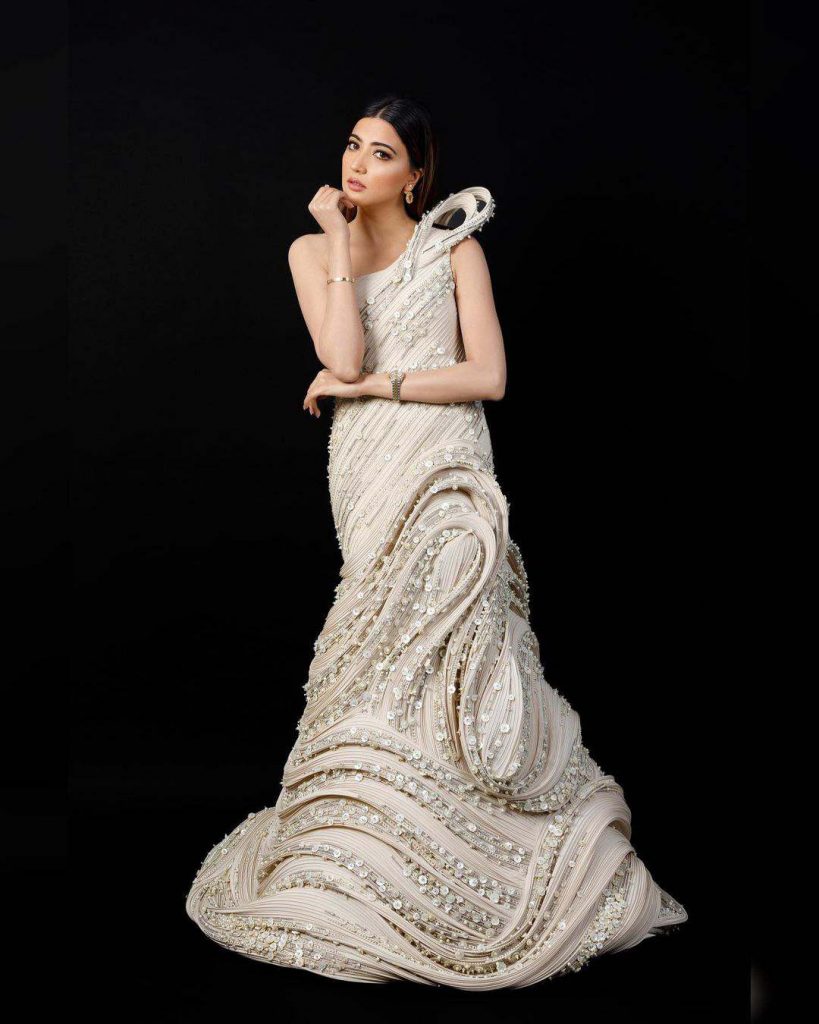 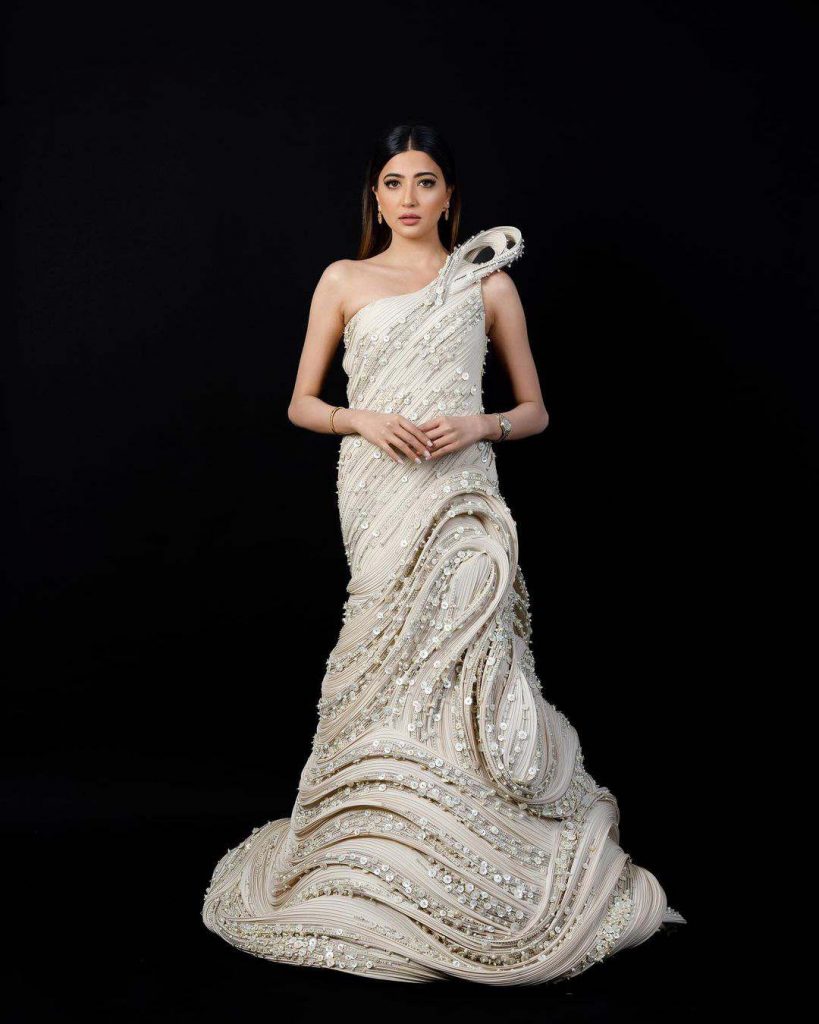