Nazish Jahangir and Mohsin Abbas Haider are the two talented actors of Pakistani showbiz industry.There were rumours spreading about the affair between Nazish and Mohsin Abbas after he parted ways with his first wife.

For those who don’t know,Mohsin Abbas Haider was married to Fatima Sohail in the year 2015.They both met together through their profession line reportedly and got hitched a while after meeting her.Unfortunately,In 2019 the couple parted their ways from each other because he was accused of domestic violence.Here we mention another thing that Mohsin Abbas and his wife lost their newborn daughter Mahveen Abbas Haider after almost 6 weeks of her birth.In may 2019,they both were blessed with a baby boy.During their divorce discussion,Fatima Sohail hinted that her husband is having affair with someone. 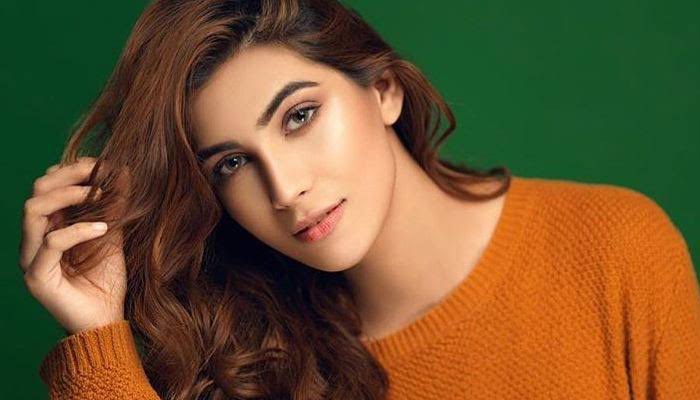 His ex wife created waves on internet and lster,Nazish Jahangir and Mohsin Abbas Haider were spotted at several functions together.They both did 2 drama serials together. On various occasions, Nazish Jahangir communicated her love for the actor and singer.

But after some time,Nazish Jahangir posted a story which was reportedly for Mohsin Abbas Haider,she posted the story captioned as “I am so thankful to Allah that he safeguarded me from the people who were not reasonable for my development in long term, knowing someone’s reality over and over breaks you but realizing this Allah has written something nicely makes you strong too”.She further added that the purest bond in this world is with mother. 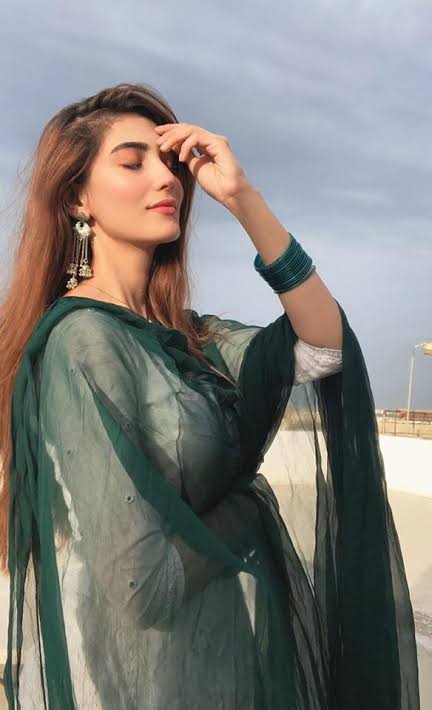 After that,Mohsin Abbas Haider woke up with the same sort of story on his Instagram handle.Mohsin wrote, ” Thank You, Allah Pak, for protecting me from toxic and psycho people because you know I deserve better”.

Now,both the actors are not following each other on social media handles for a long time now. 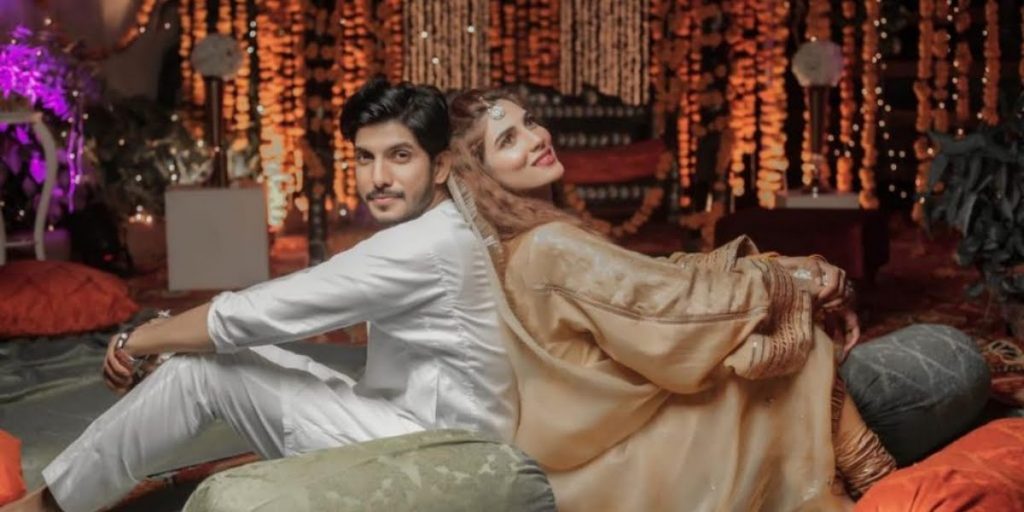 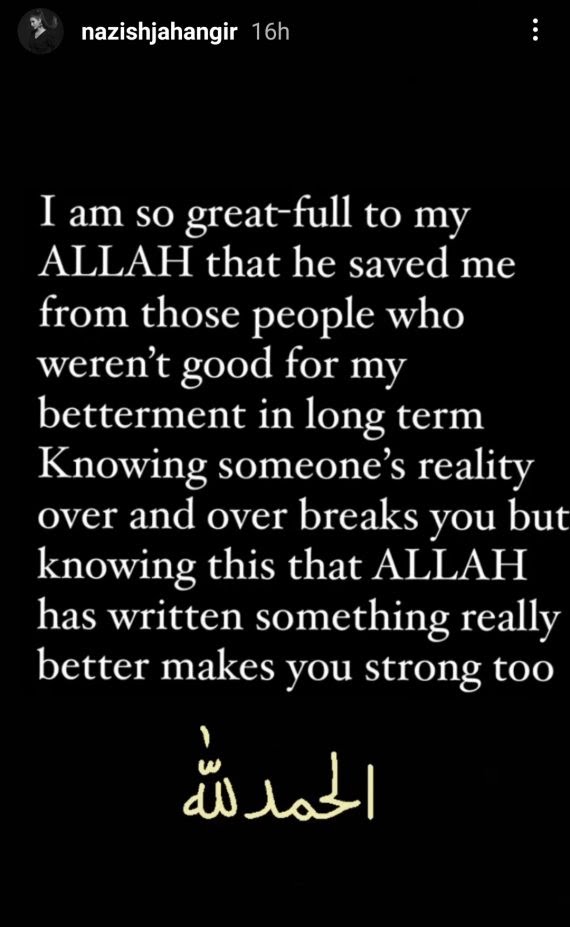 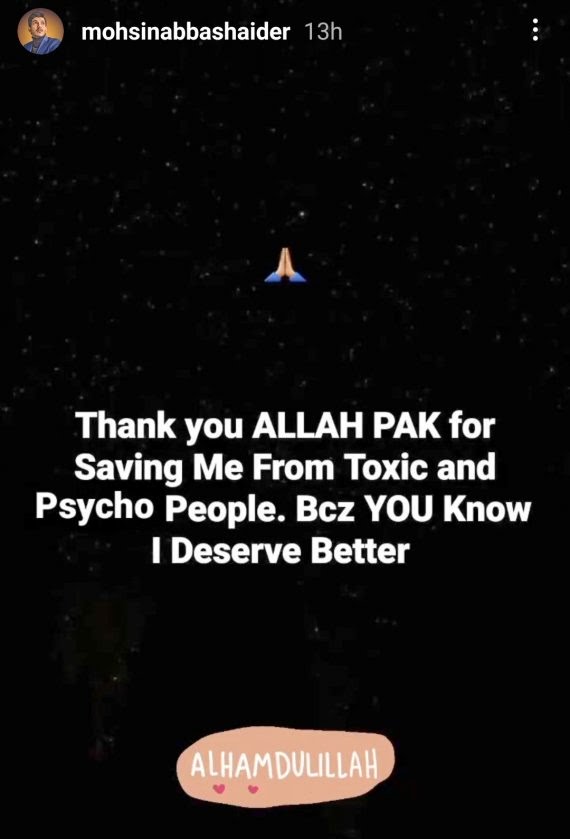 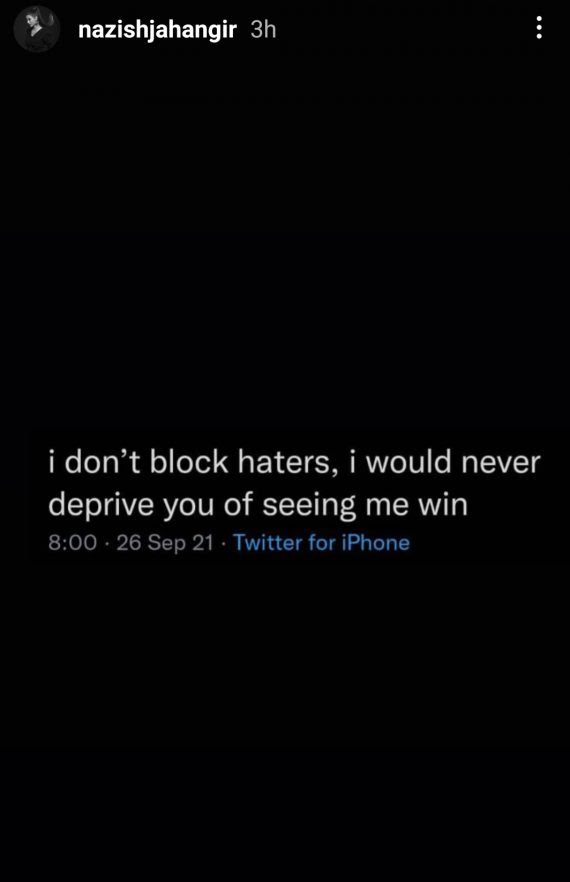