Hareem Farooq never fails to amaze her fans with her gorgeous looks.Hareem always looks dope in every look she adapts,either it is desi or western.
Hareem Farooq has once again dropped her astonishing pictures in a green saree.She is undoubtedly looking drop dead gorgeous in a saree as she always does in desi style.It seems like the beauty is oozing from the evergreen actress.The green color is definitely bringing out her beauty and we cannot stop adoring her look. 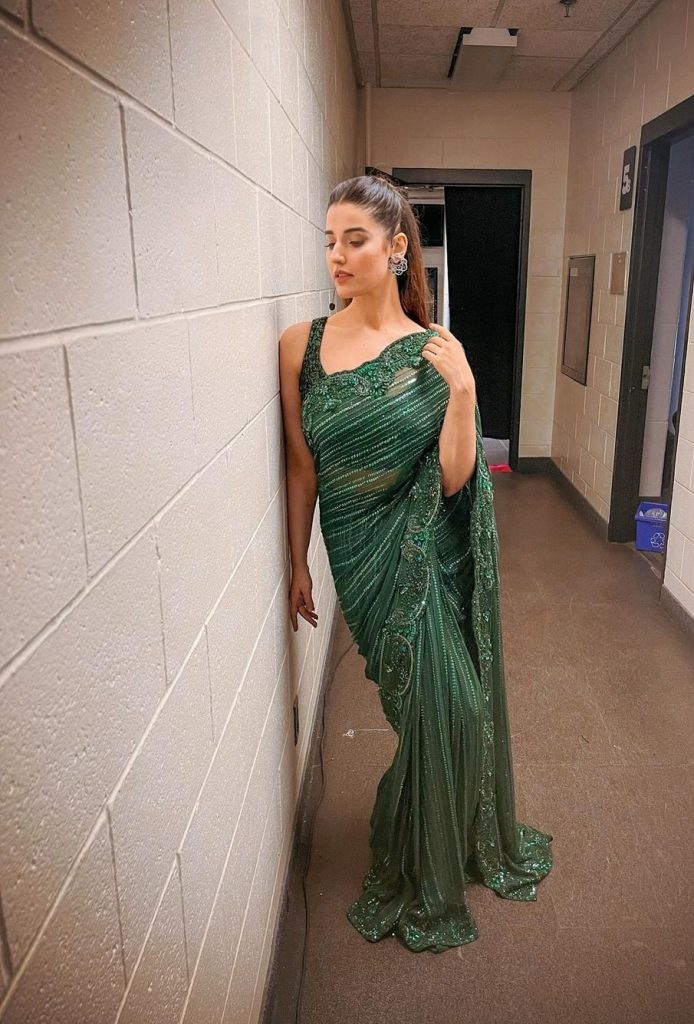 Hareem Farooq is a Pakistani showbiz actress known for her roles in Lollywood based films.She is rarely seen in any drama serial,It can be said that Hareem is a totally film performer.
Hareem got massive recognition in her first movie Pawnay 14 august which was released in 2012 tho It was the starting of her career.She portrayed the role of Fatima Jinnah in that movie.Meanwhile,Hareem Farooq made her drama debut in 2014 opposite to gorgeous Yumna Zaidi and Ahsan Khan. 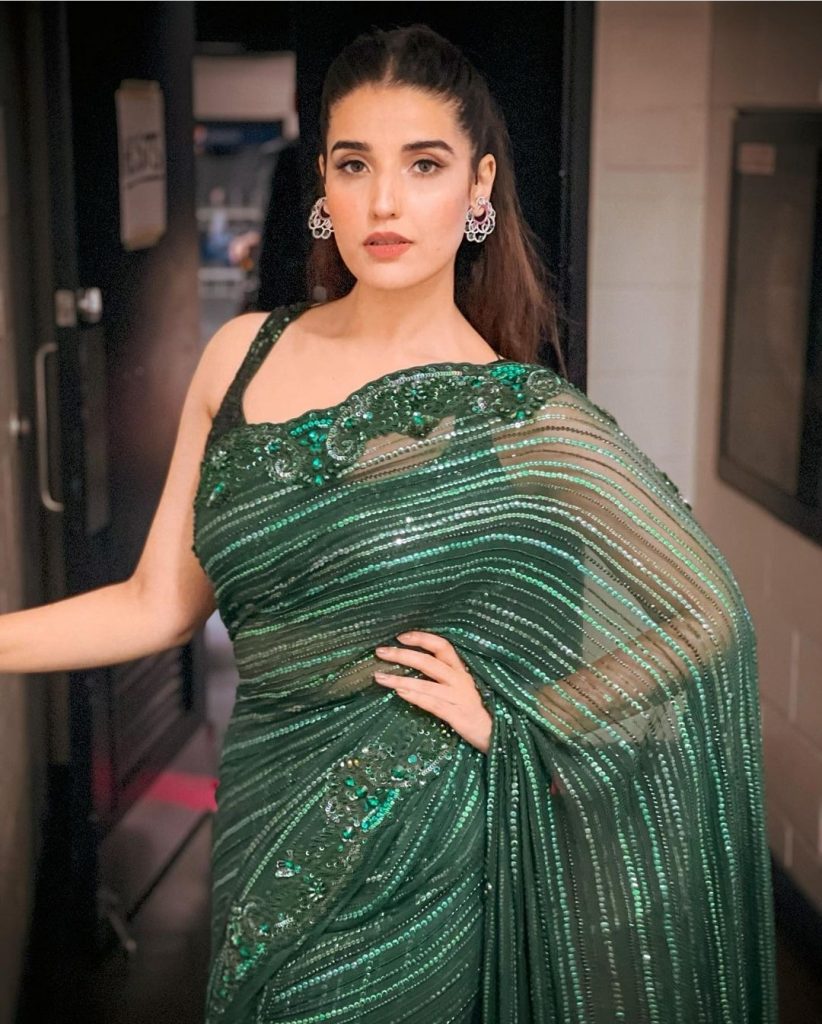 Coming back to the point,Hareem Farooq has a complete on point sense in terms of Saree.She always looks scintillating in desi combination.This time, Hareem Farooq has chosen a green color saree and from the pics, she looks sensational! The saree is from the designer Nomi Ansari and it features a beautiful embroidered boundaries. 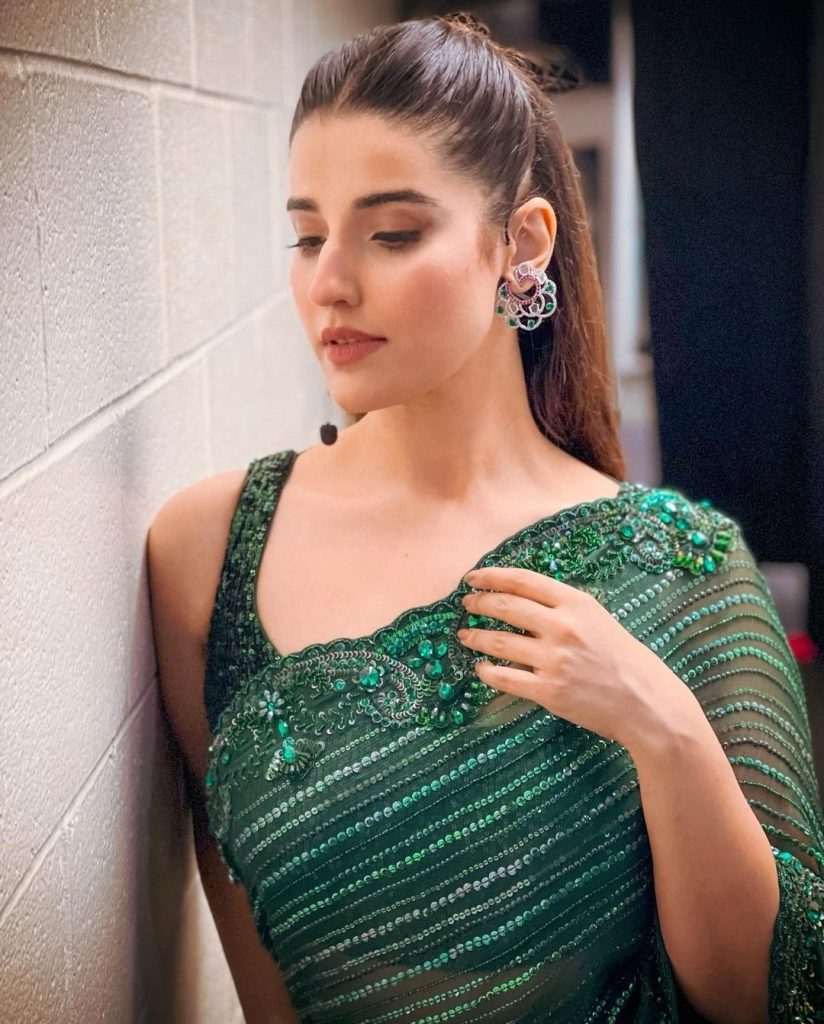 Adding to that,she completed her look by wearing beautiful earrings and simple makeup.The hair style was the top notch thing which advanced her look to new heights.

Astonishing Hareem Farooq was born on 26th may in 1992 and she will turn 31 next year but still looks like she is living in her 20s.Hareem Farooq is currently focusing on advancing her career and is unmarried right now.She is the first female celebrity to get the honor of hosting Pakistan Super League in the same year. 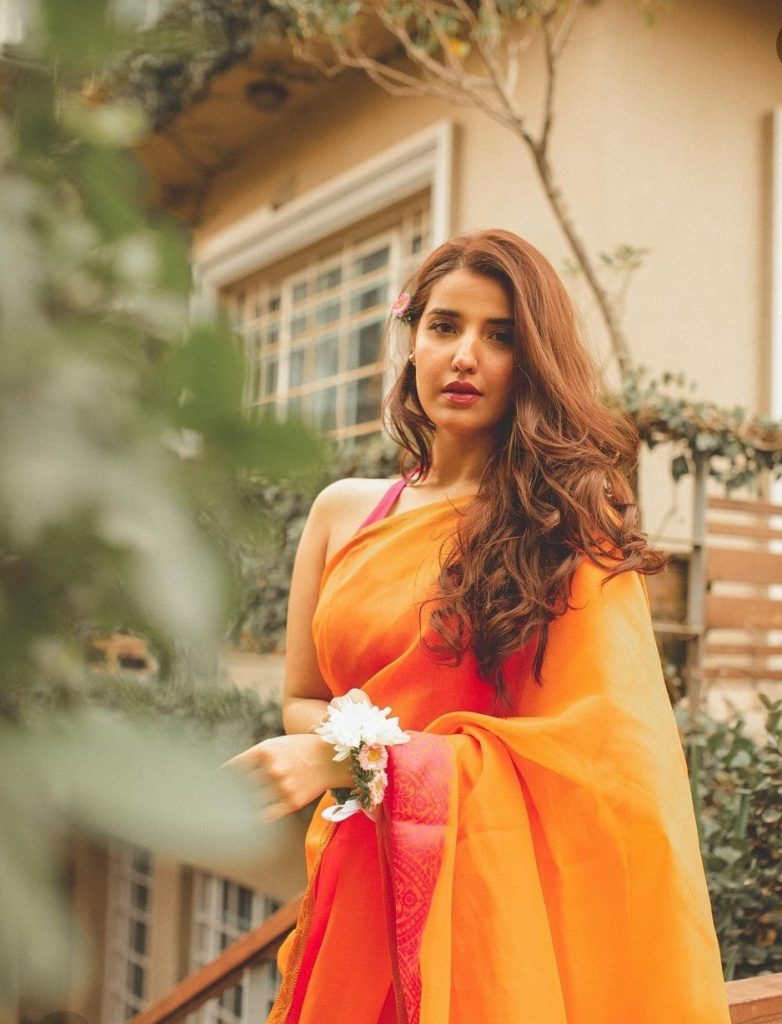 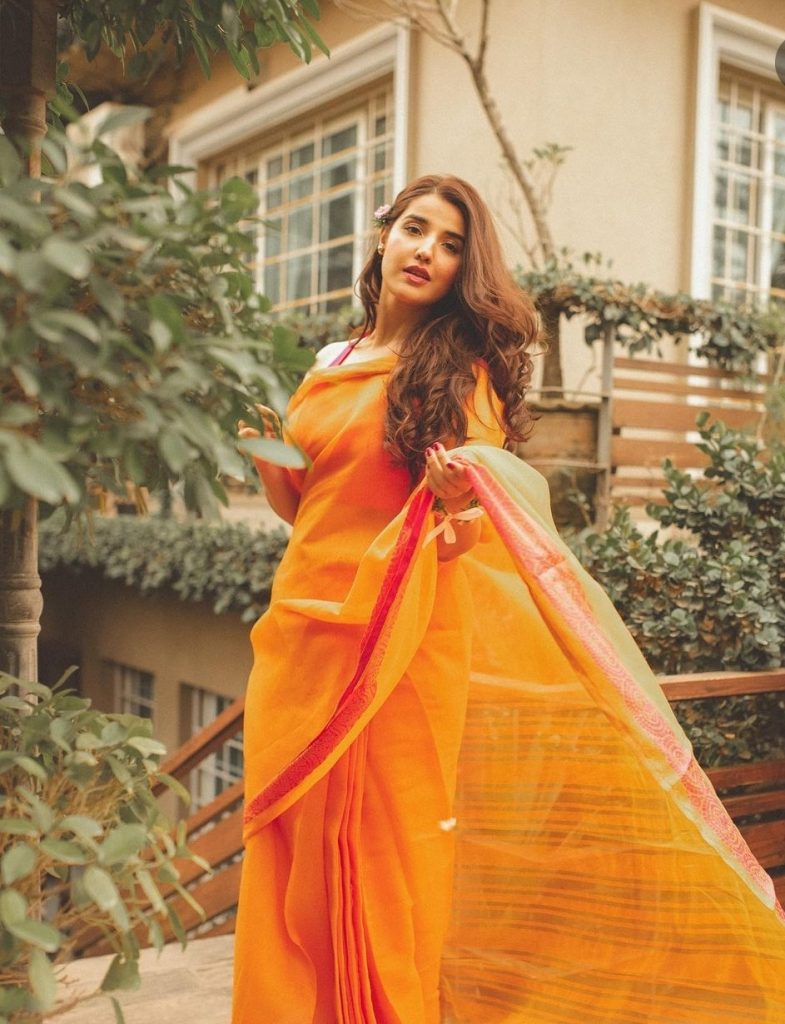 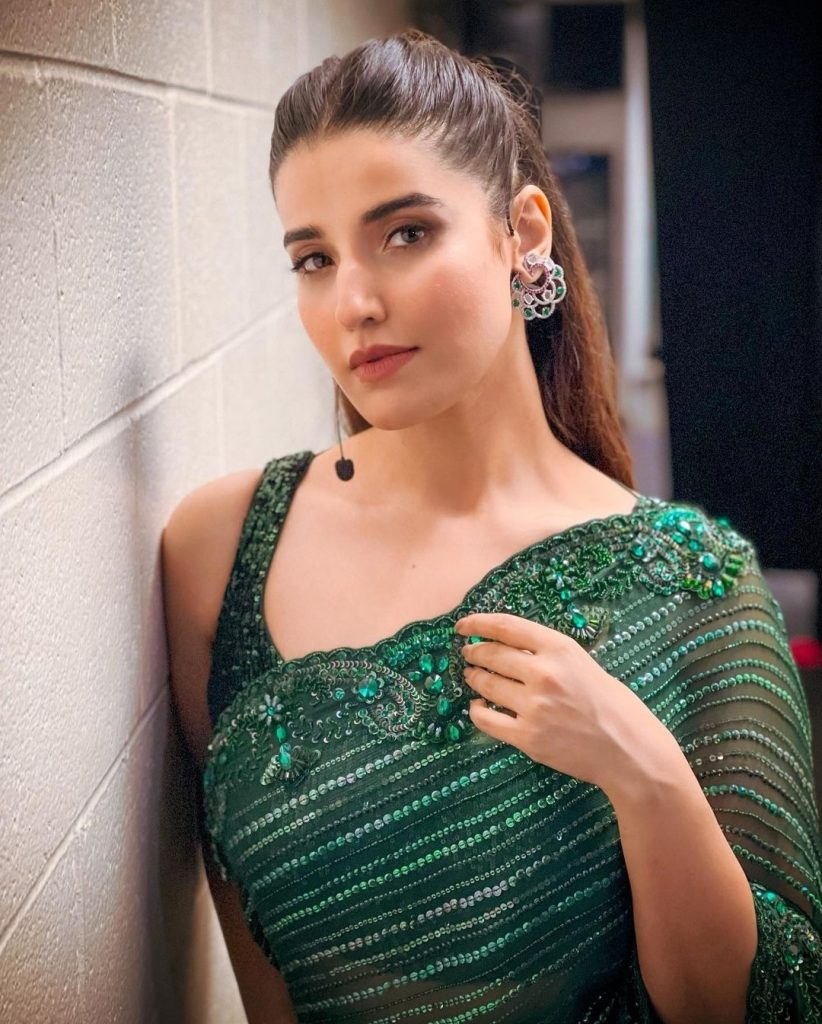 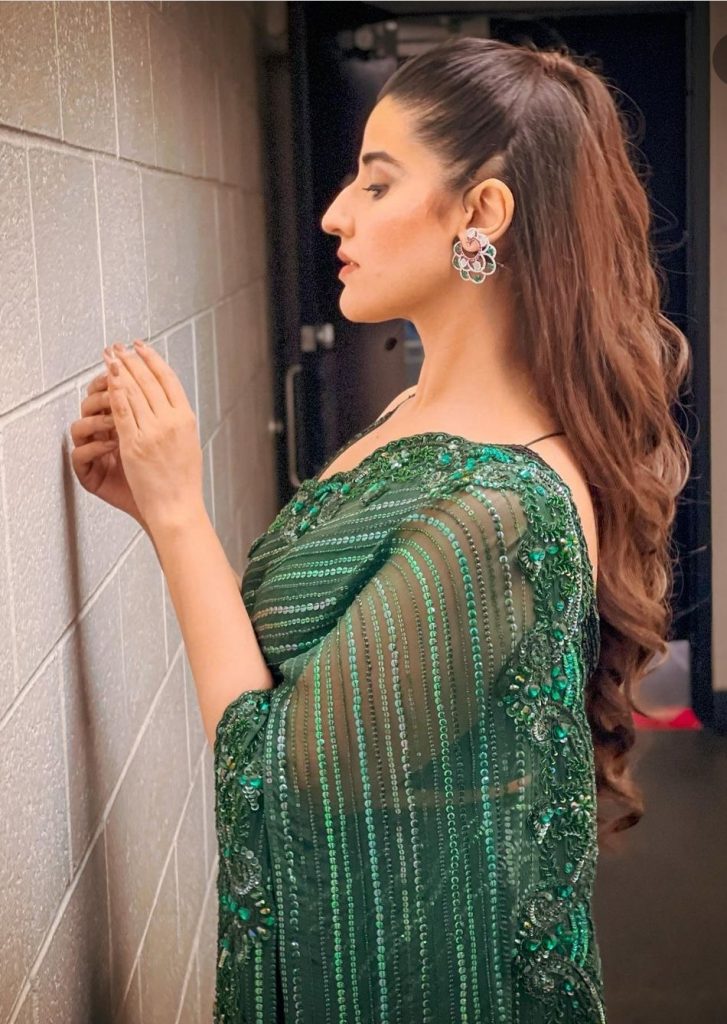 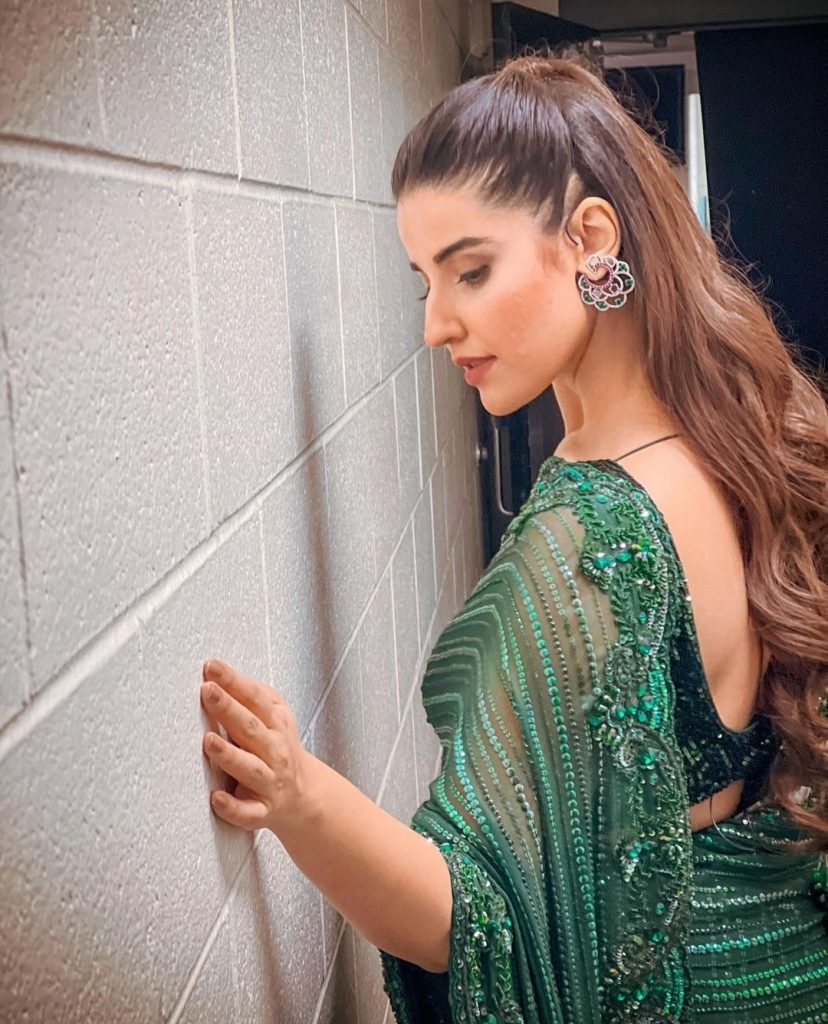 Did you guys like her pictures in green saree?Must tell us in the comments.