Ushna Shah has once again amazed everyone by her new recent look.Ushna Shah wore a beautiful red dress at the 8th Hum Awards and fans just cannot stop adoring her looks.

Ushna is a gorgeous and talented actress of Pakistani showbiz industry.She has been in the showbiz industry for more then 10 years now and Shah is currently focusing on advancing her career in Pakistan. 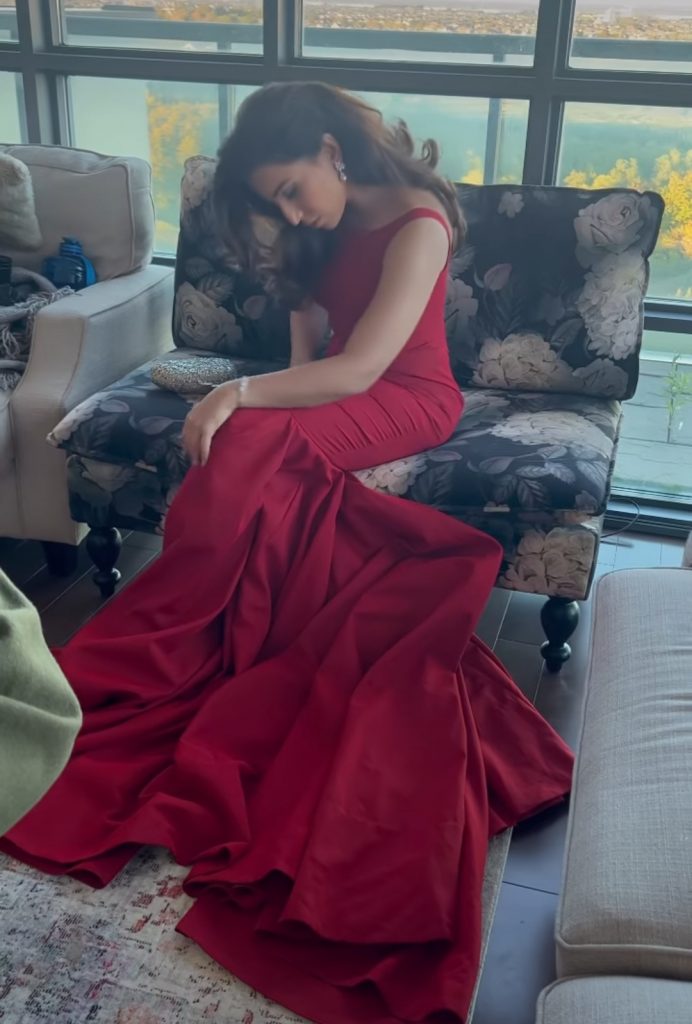 The gorgeous actress took to Instagram handle to share her beautiful pictures in a red dress.She is being praised a lot for her looks while some of the people also criticized her for adapting bold western fashion but Ushna Shah is not seen taking a glance on hateful comments.

She appears in a photo wearing a red dress and posing on the terrace with her back to the camera, completely looking astonishing.Her other picture includes a pose on a sofa.
Ushna’s current ongoing drama Habs has broken many records in which she is playing opposite to veteran actor Feroze Khan.Their chemistry is being loved by a lot of people. 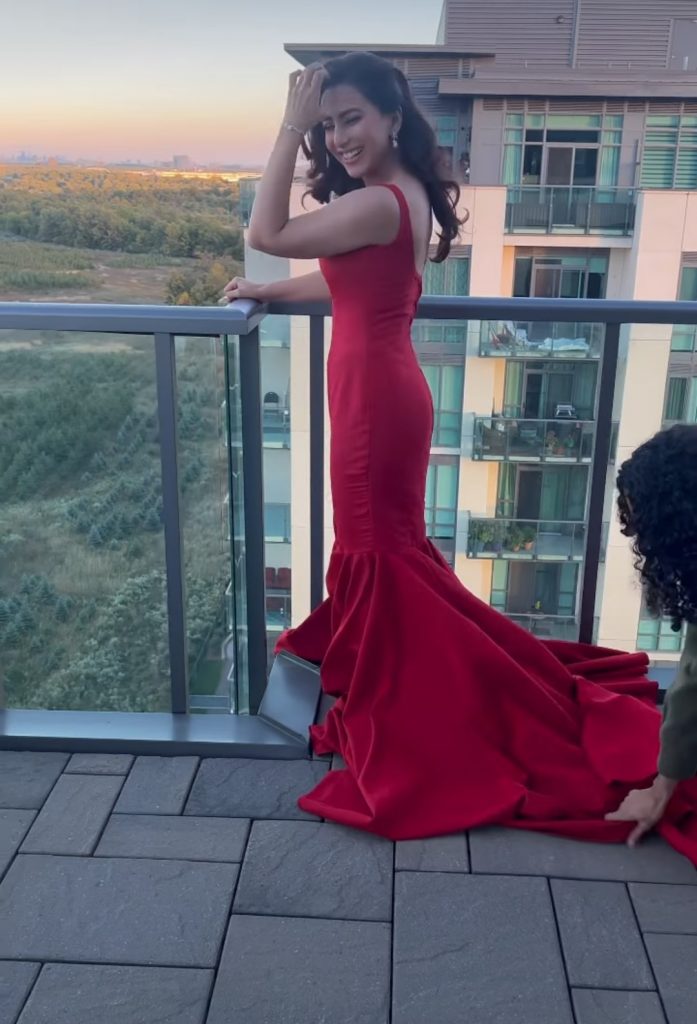 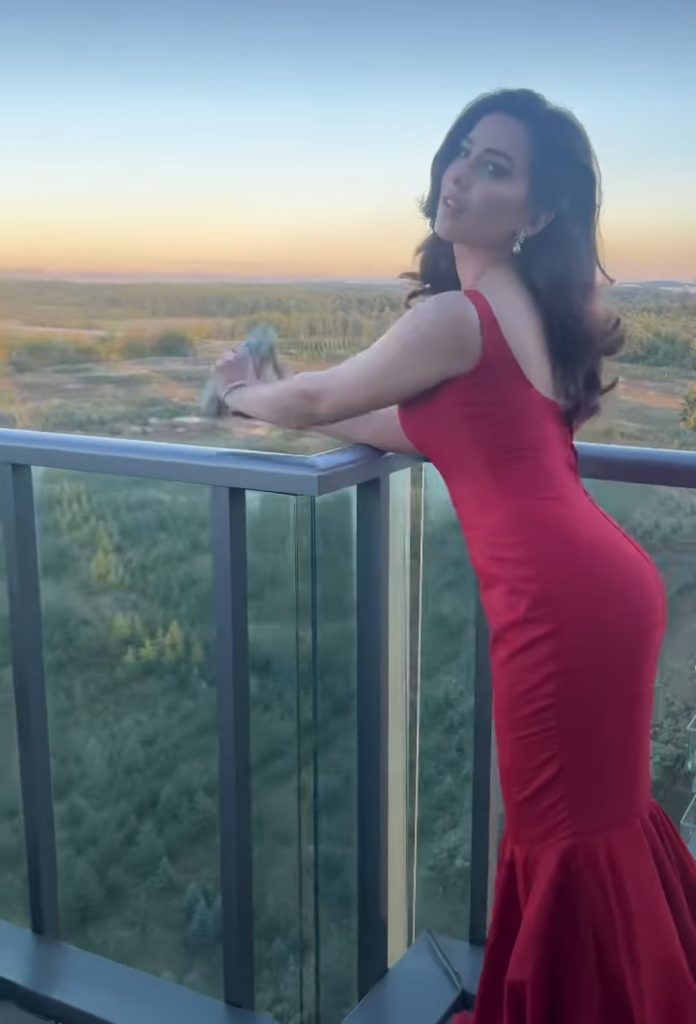 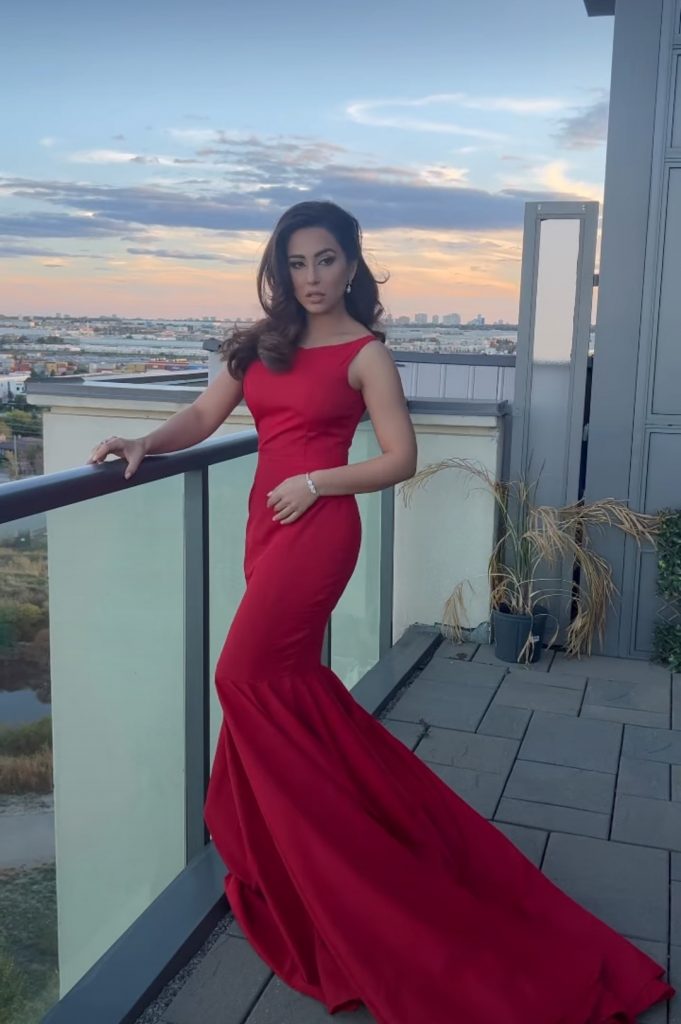 For those who don’t know,Ushna Shah was born in the year 1990 and she will turn 33 next year on 12th of February.She is the daughter of popular Television and Radio Artist ‘Ismat Tahira’.Her other successful drama includes Parizaad,It is still considered as one of the top class drama serial of Pakistan with an outstanding storyline and performance. 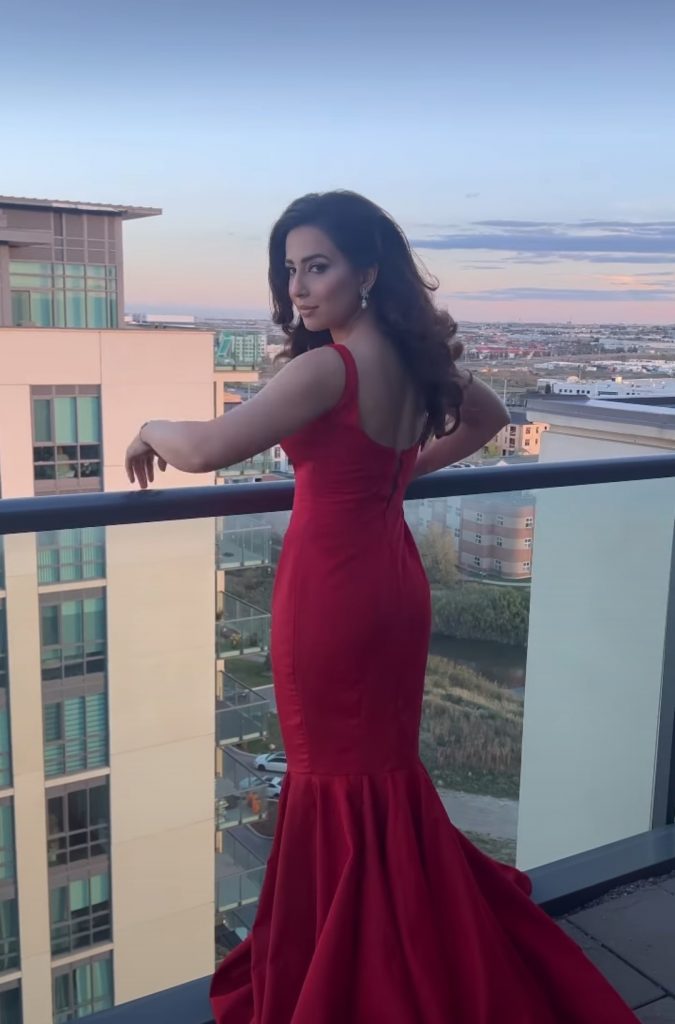 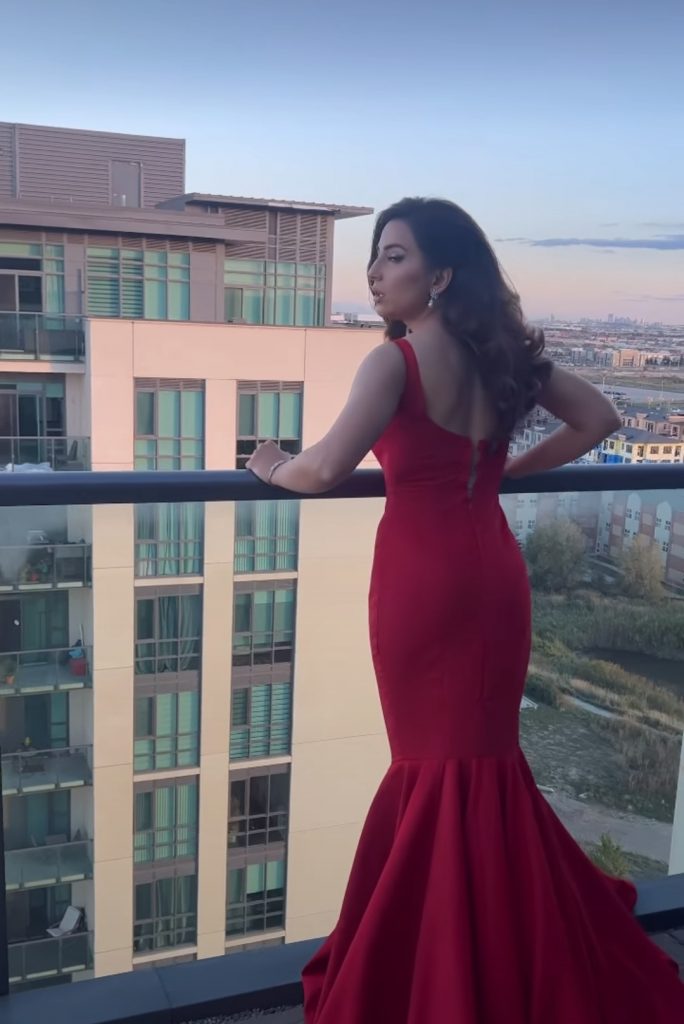 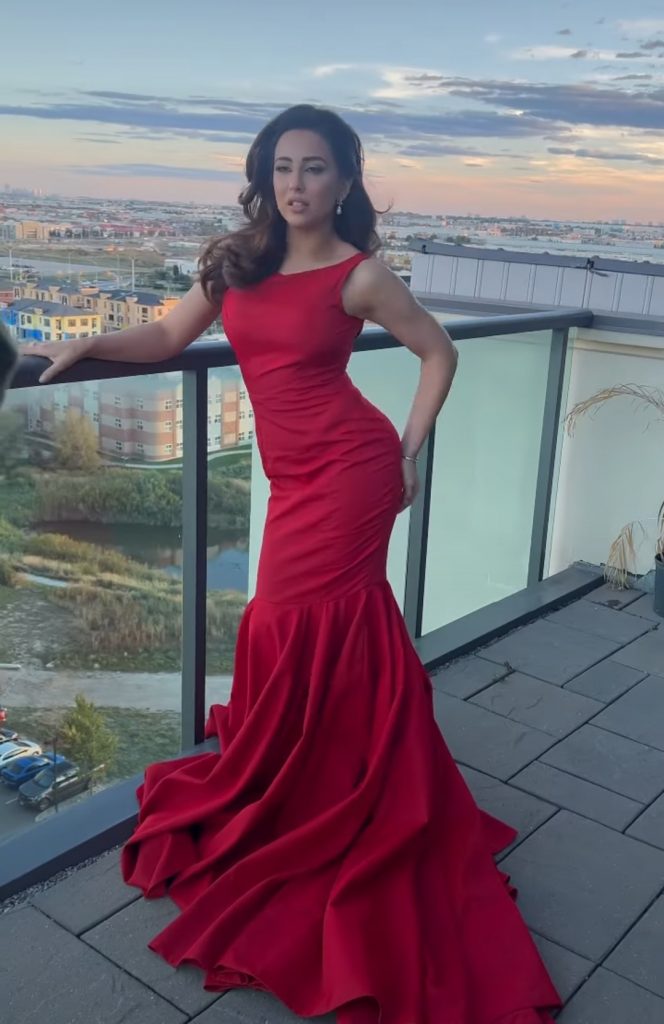 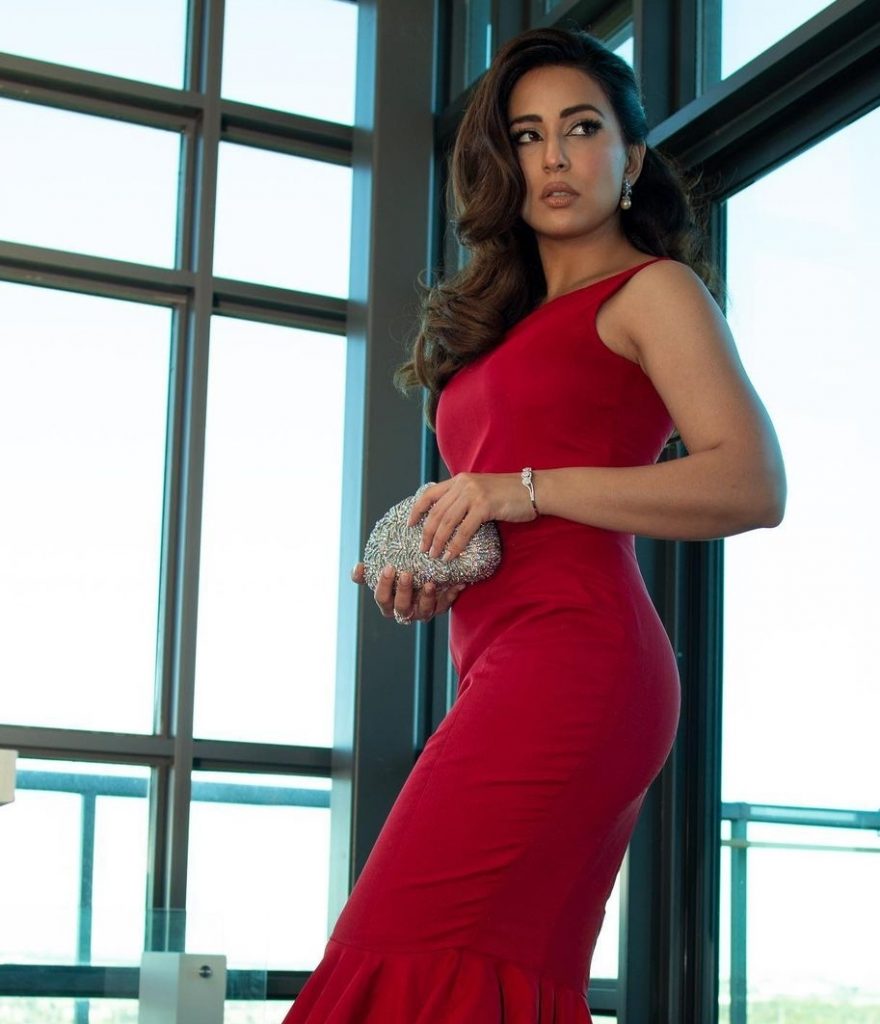 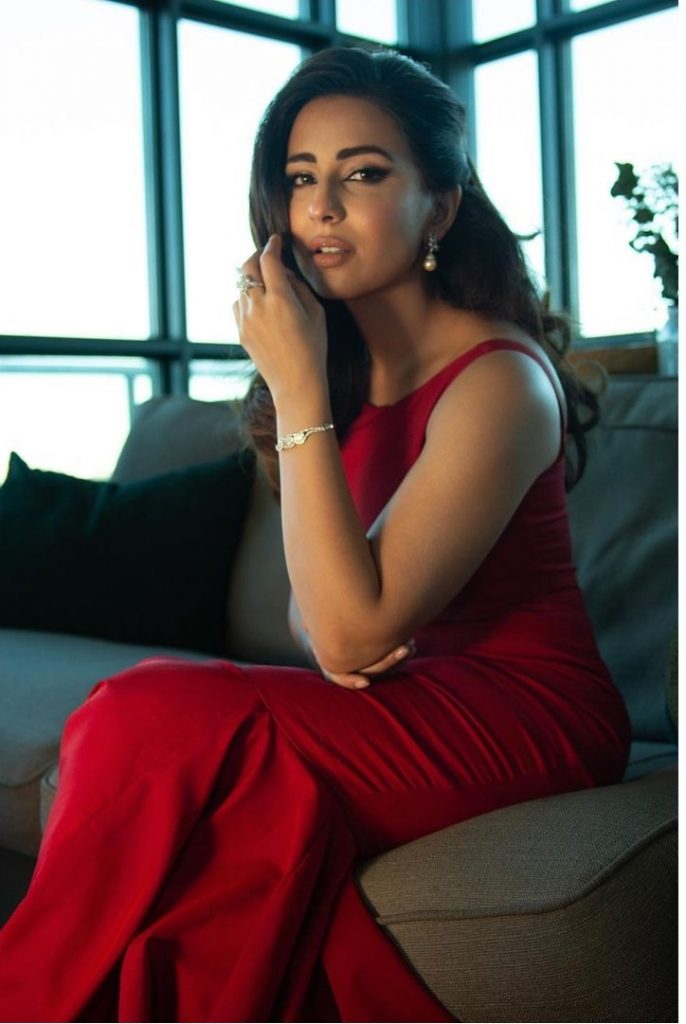 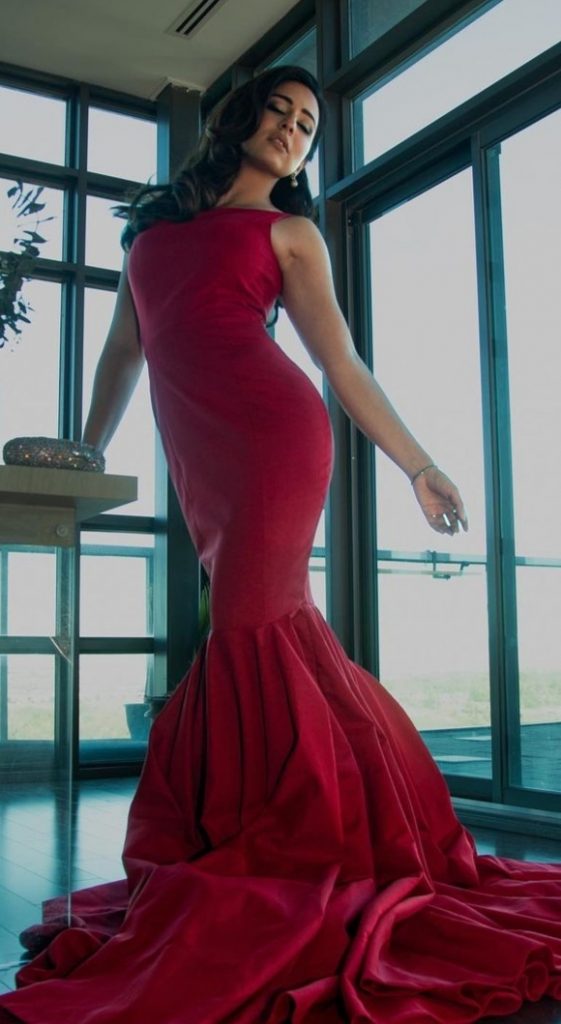 If we talk about the Instagram handle of scintillating Ushna Shah then she has a total of 2.4 million followers on it and soon Shah is going to touch the 3 million mark.She is often active on her social media handles and is seen raising voice against animal abuse. 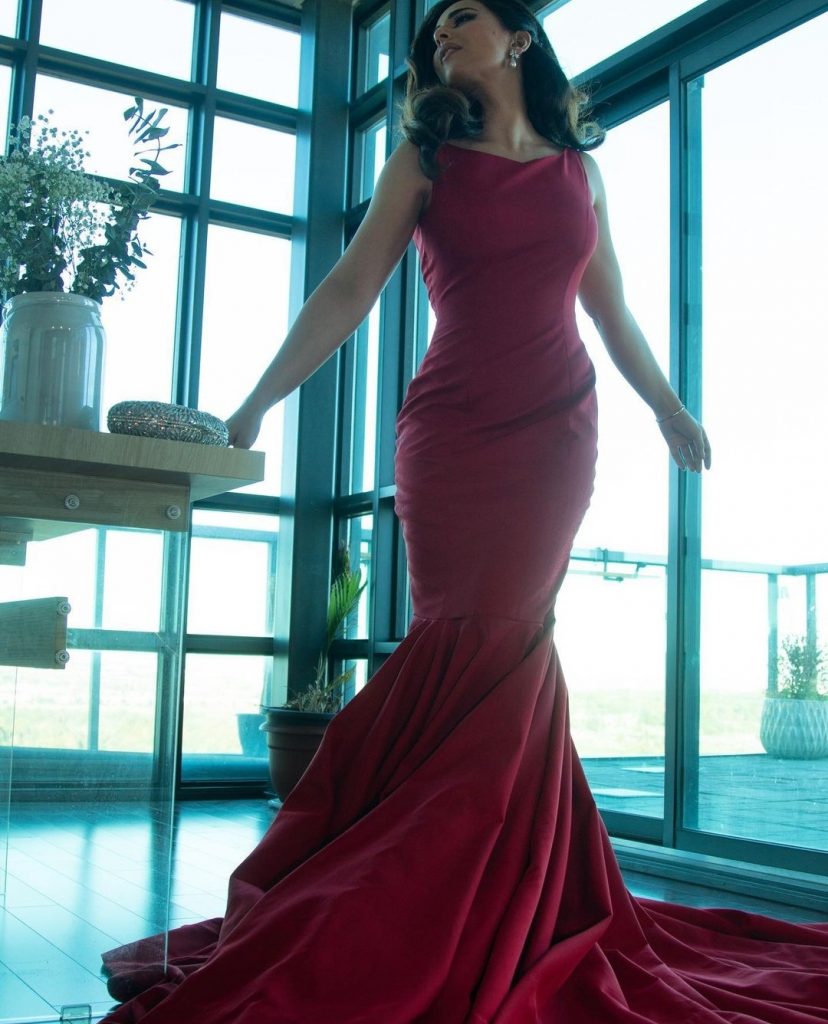