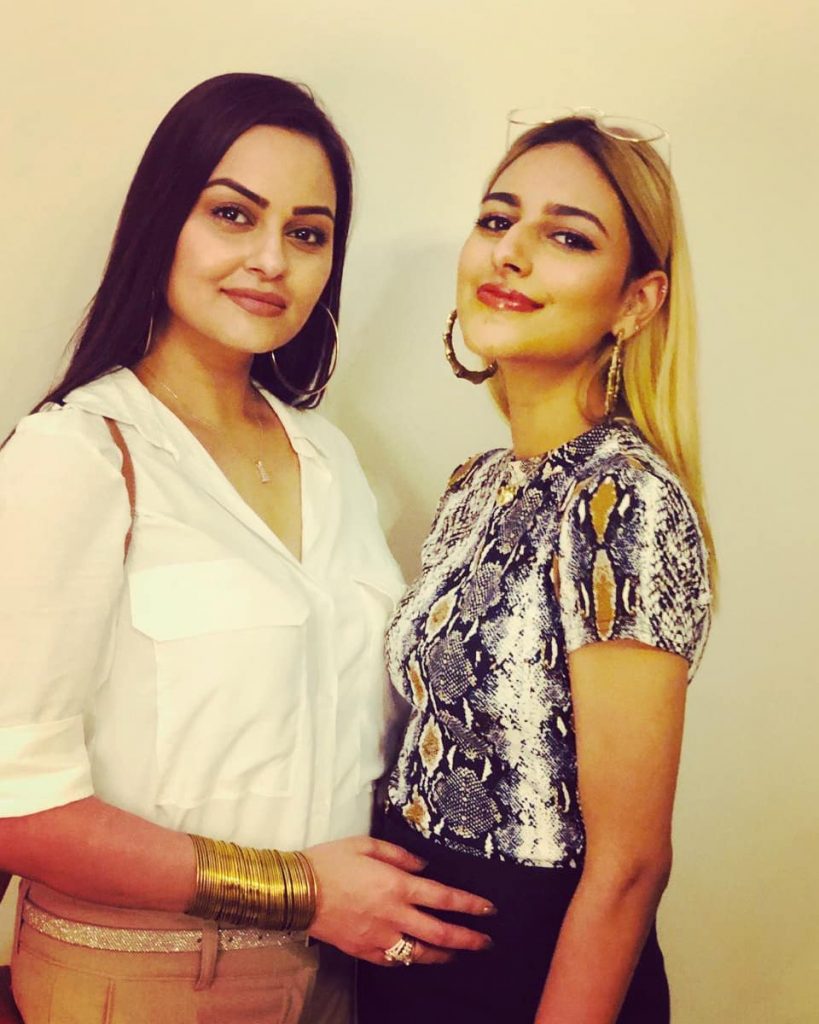 It should be noted that Anoushay and Anzela Abbasi have a relation of aunt and niece.Anoushay is elder of Anzela Abbasi tho they both look like sisters and both are vey young.Anoushay Abbasi exchanged rings with Ainan Arif Abbasi in the year 2014.Anoushay is 28 years old as of 2022.Meanwhile Anzela Abbasi is the daughter of Pakistani actor Shamoon Abbasi and actress Javeria Abbasi.

Recently,the duo took to their Instagram handle to share some scintillating pictures but It put them in a hot tub.People are passing their views by saying that they both are not valuing their cultural dressing and adapting new fashion as they both mostly visit abroad. 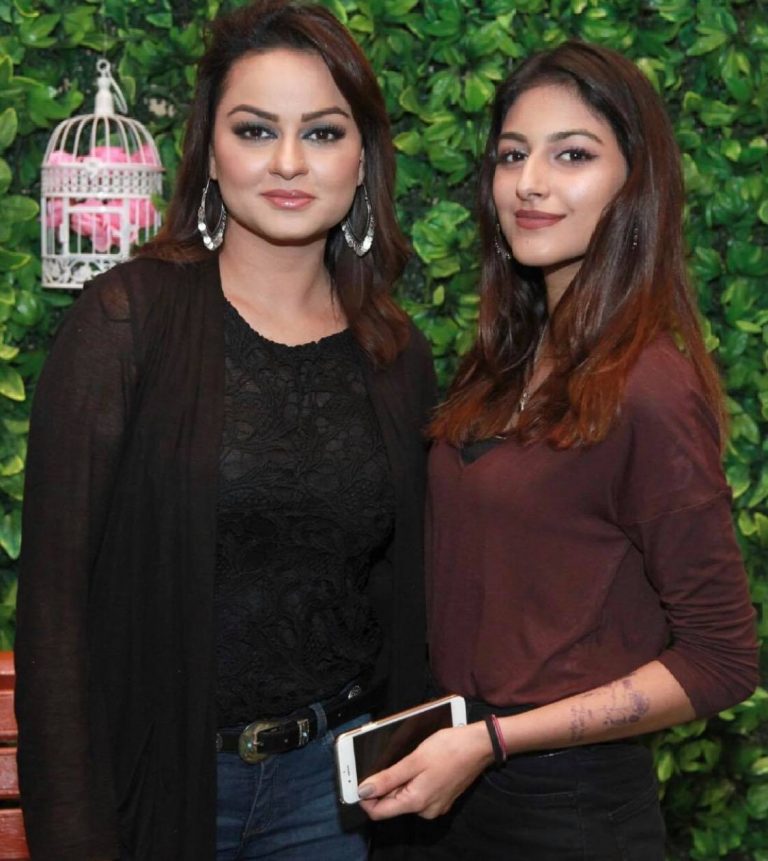 Previously they took to Instagram account and posted their most controversial photos. This duo was donning in black outfit mini skirts.Anzela Abbasi is seen sitting on a bench while Anoushay Abbasi in the other picture is seen wearing a top.

Anoushay Abbasi has worked in many drama serials till now and she was also spotted at the Hum Awards looking absolutely gorgeous and elegant.She is one of the top prominent actress in the Pakistani showbiz industry. 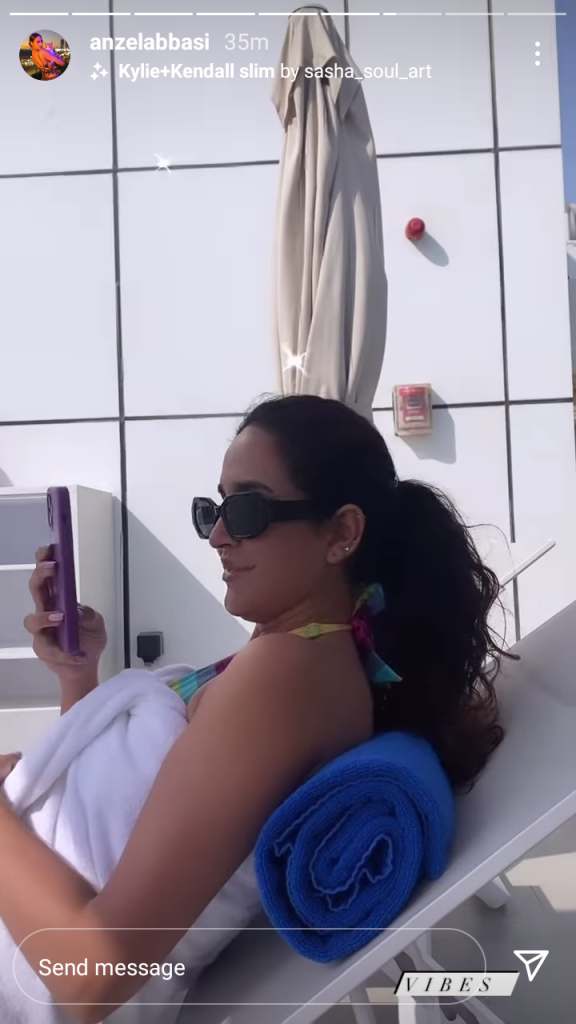 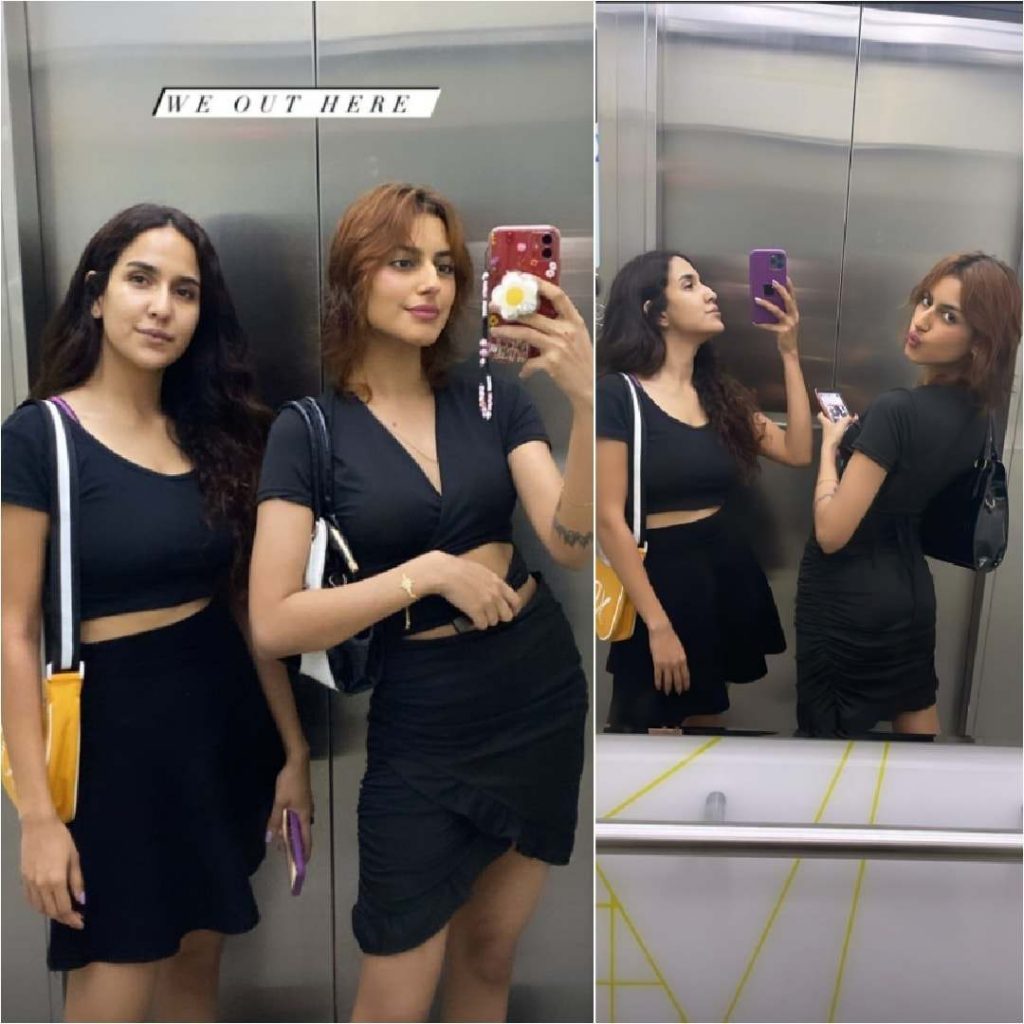 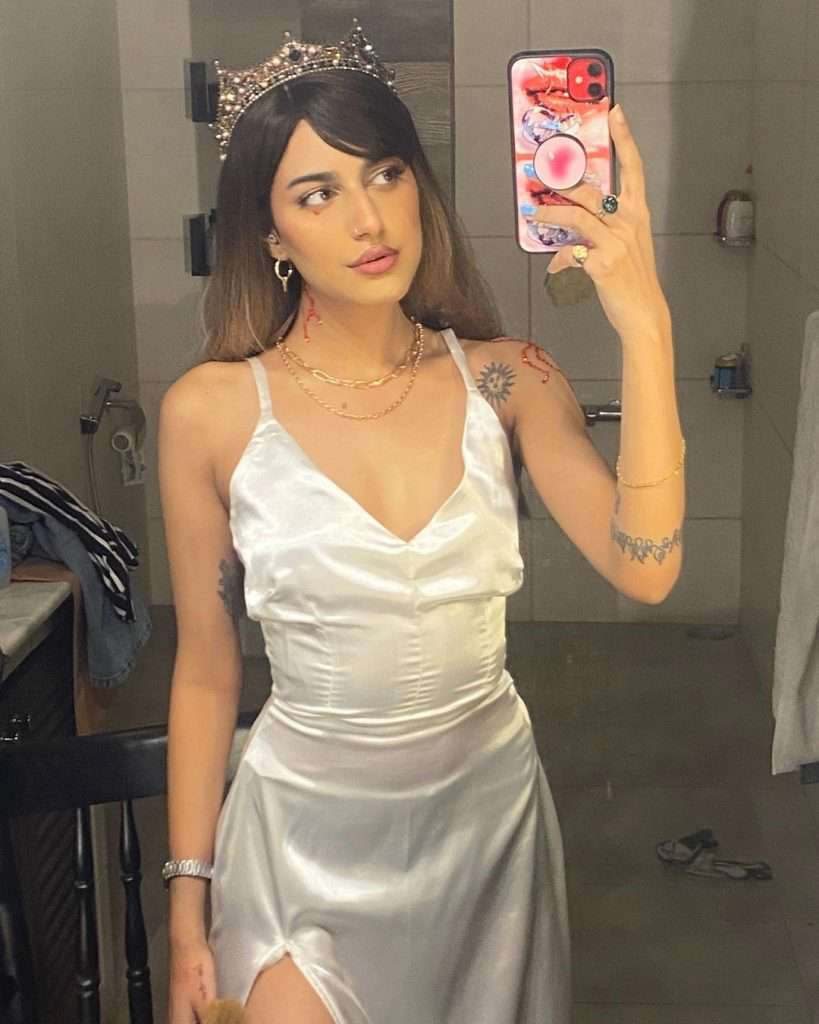 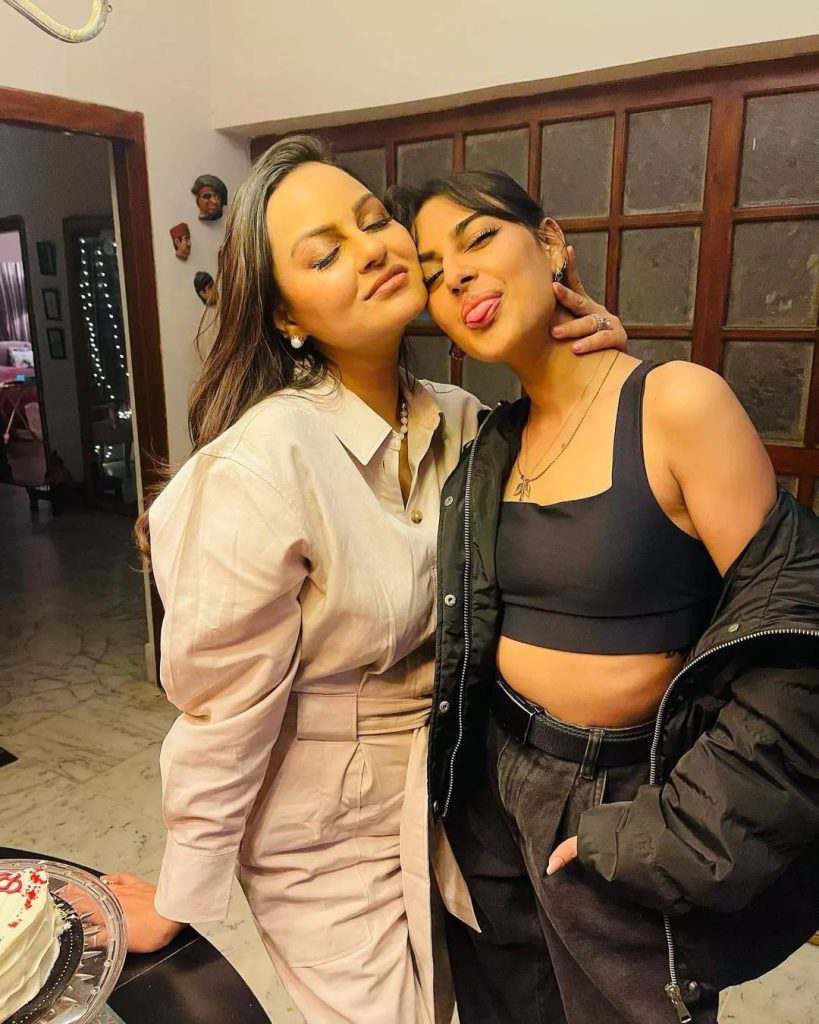 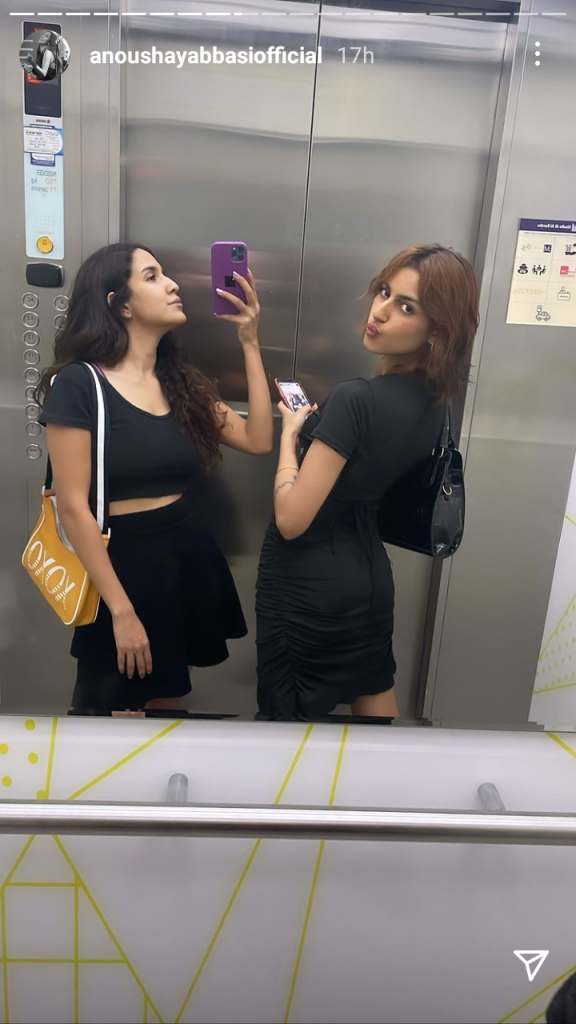 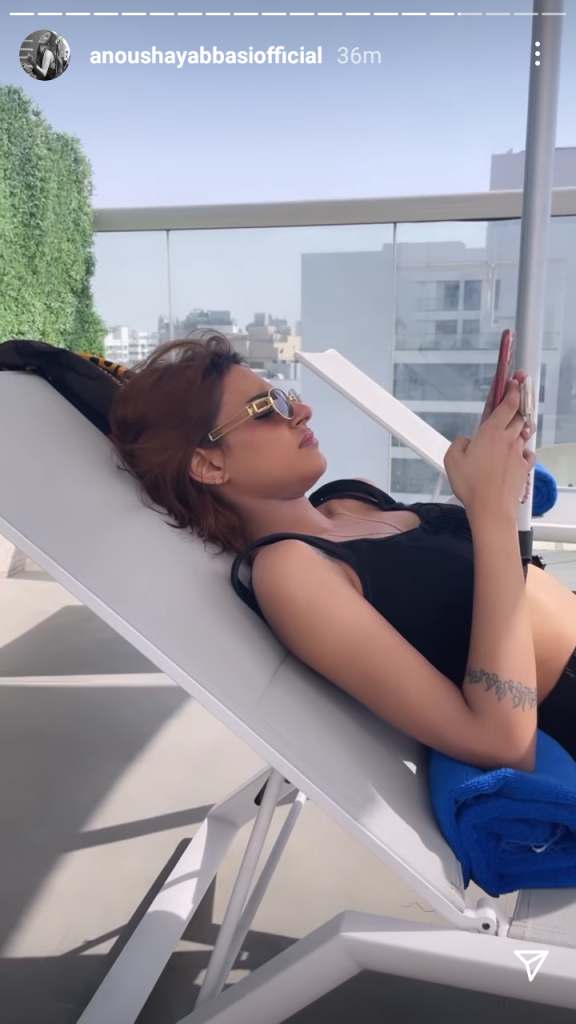 Netizens just became annoyed by their pictures.If we talk about their Instagram handles then they both have fan following in a very large number and these posts just got them immense backlash.Well,What are your views on this?Must tell us in the comment section below and don’t forget to follow us on Facebook for daily updates from all over Pakistan.
Thanks