Atif Aslam is not only famous in Pakistan but he is known globally just because of his melodious and relaxing voice.He is considered as one of the best singers worldwide.Rather than singing,Atif Aslam has also stepped into acting and he is setting the internet on fire.His first ever drama serial Sang e Mah was a super hit and everyone was surprised to see Atif Aslam with so much brilliant acting in his first project. 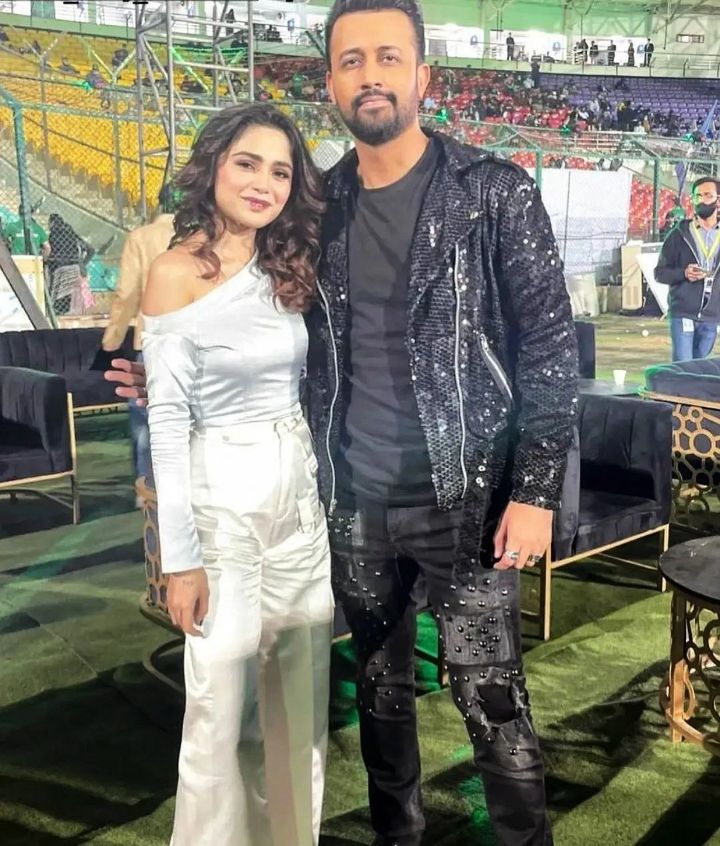 It can be said that Atif Aslam is a multitalented guy.He has sung songs for Bollywood movies as well and he is famous there also.Atif can easily melt anyone’s heart by his breathtaking voice.It should be noted that Atif Aslam started his career back in 2000 and is a versatile singer now.

He received massive recognition and fan following after performing in Indian films but now he is often seen in Pakistan.There were rumours that Atif Aslam has moved to India after his success there. 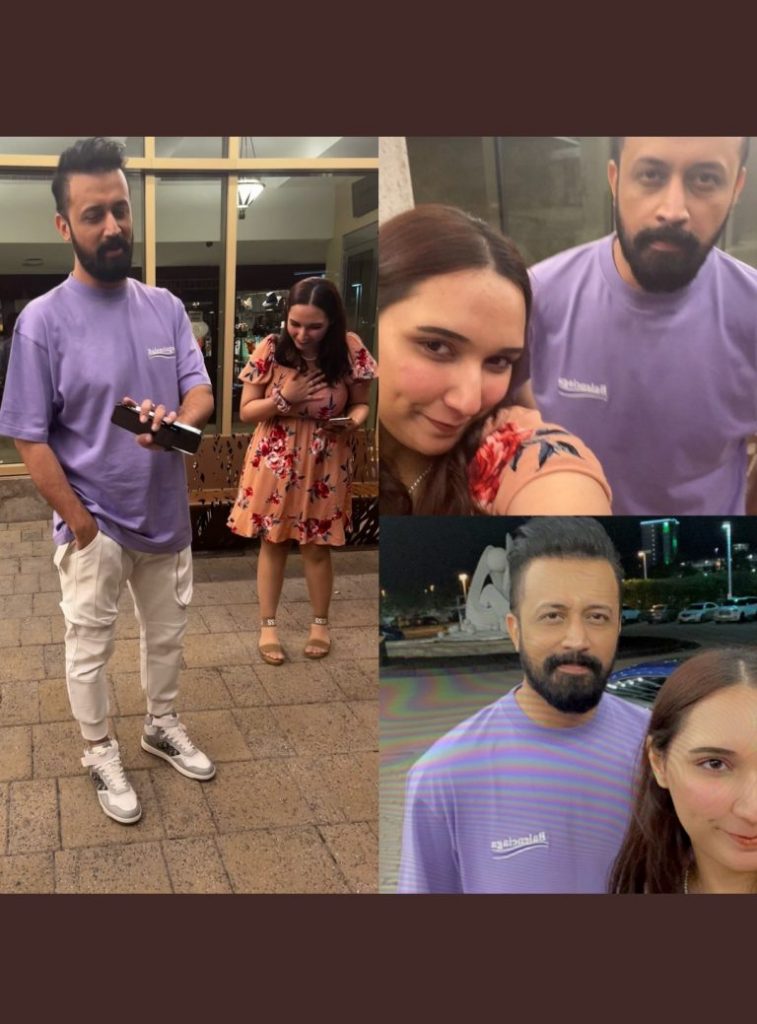 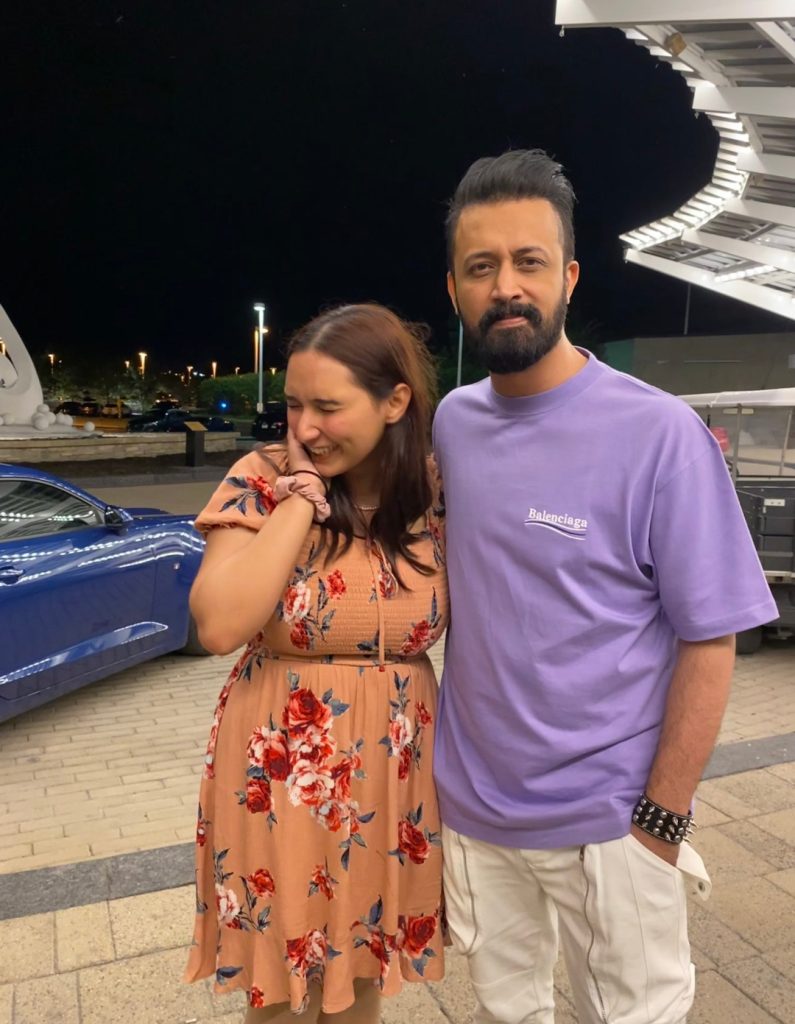 Recently,the phenomenal singer has been doing a concert in Canada.The people are crazy for Atif Aslam there as well and they are sharing some pictures on social media after meetup with him.According to the young female fan, the meetup was 45 minutes long. Atif Aslam’s another Fan shared unnusual meetup’s stories and also considered it to be a “Cordial Meet Up”. 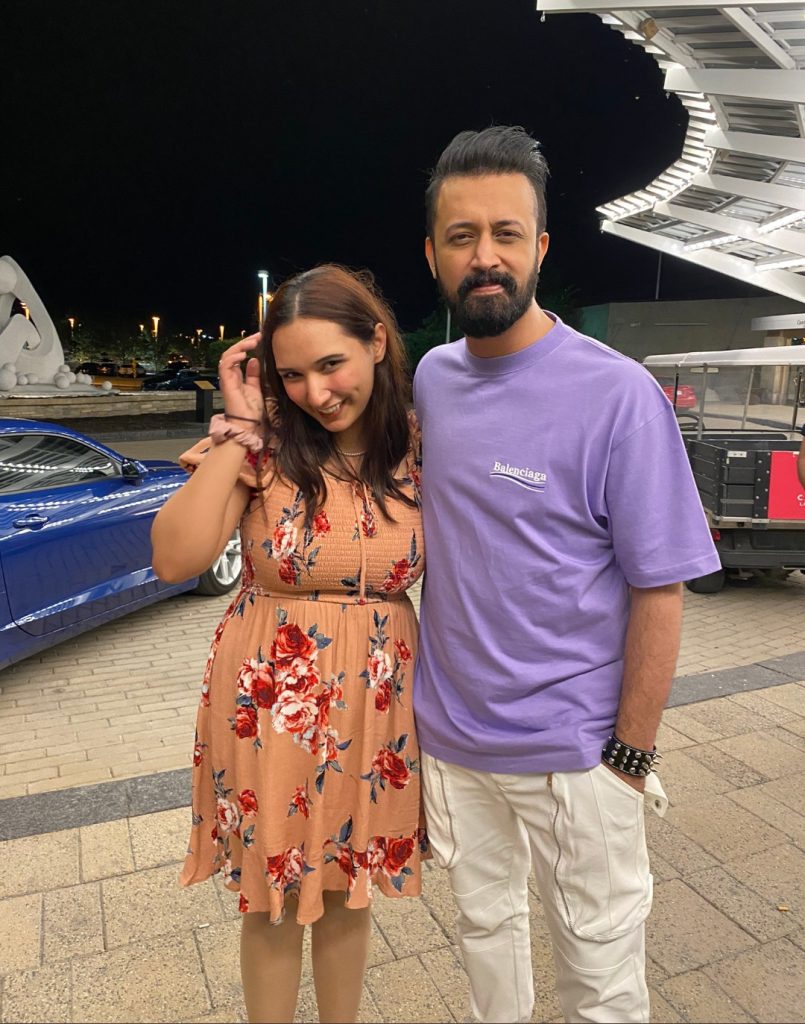 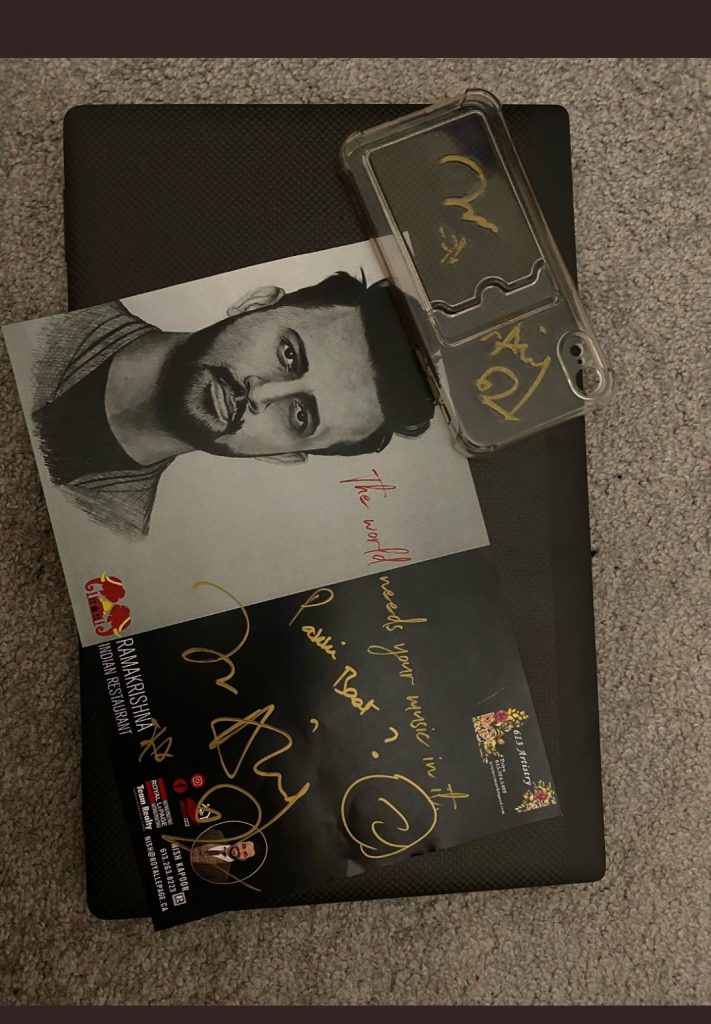 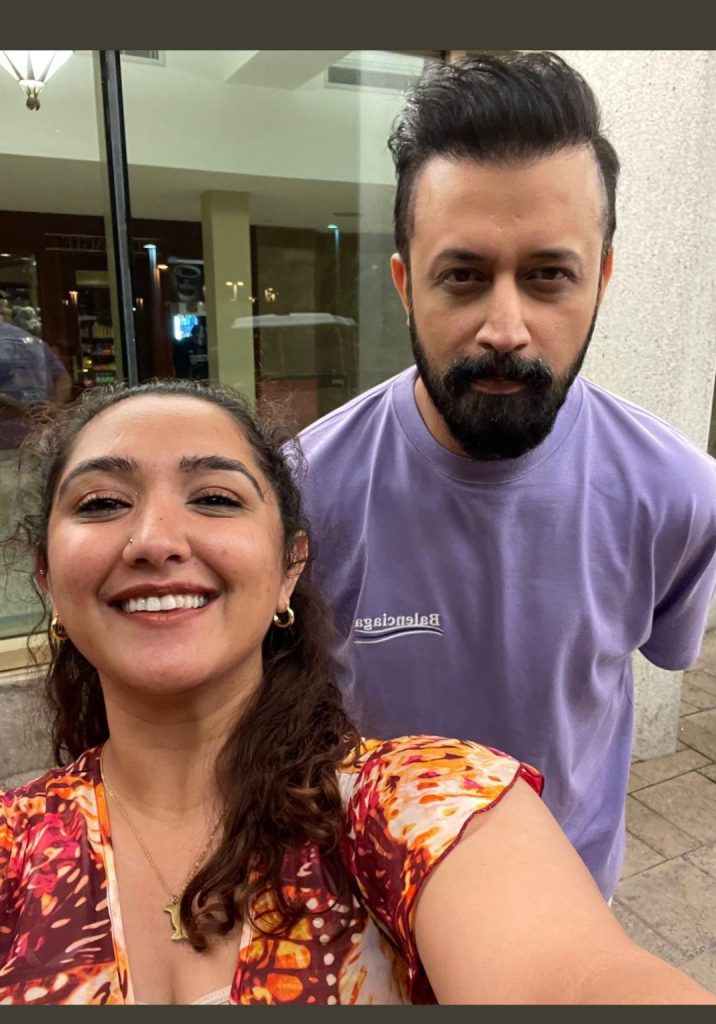 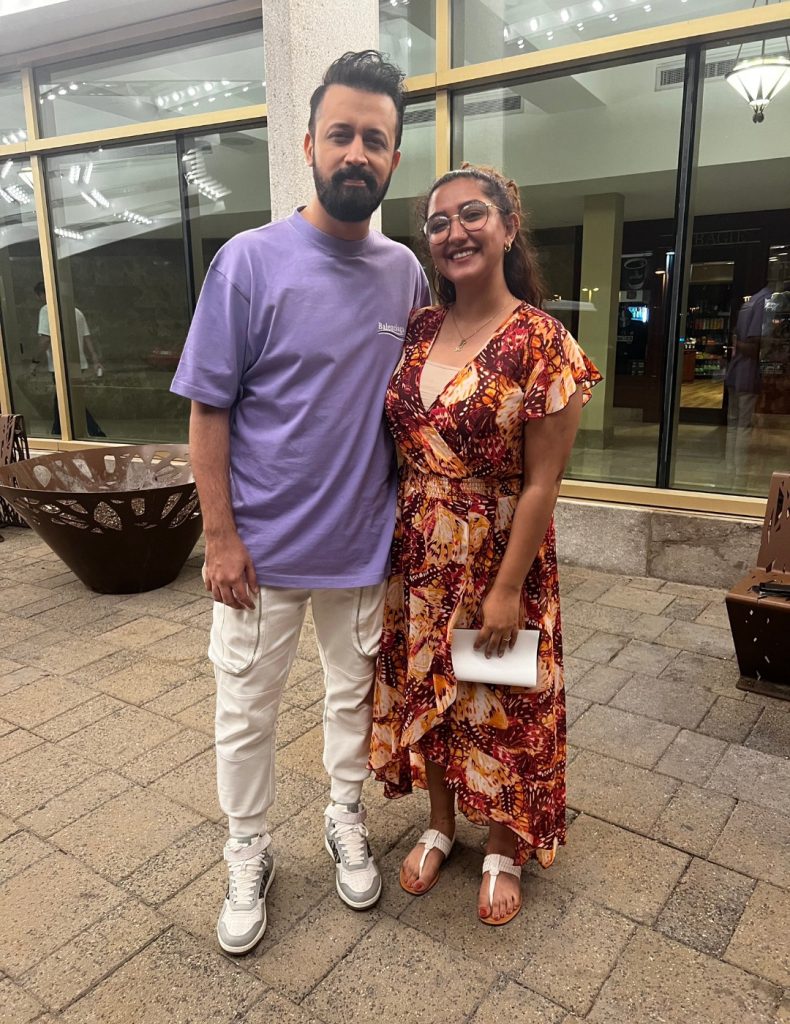 A fan shared a post saying that Atif was with me for 45 minutes and he hugged ne tight because I was shaking after meeting him and he said that Kaanp Kiun Rahi hein ap in a sarcastic manner.Atif Aslam is surely a gentleman in real life. 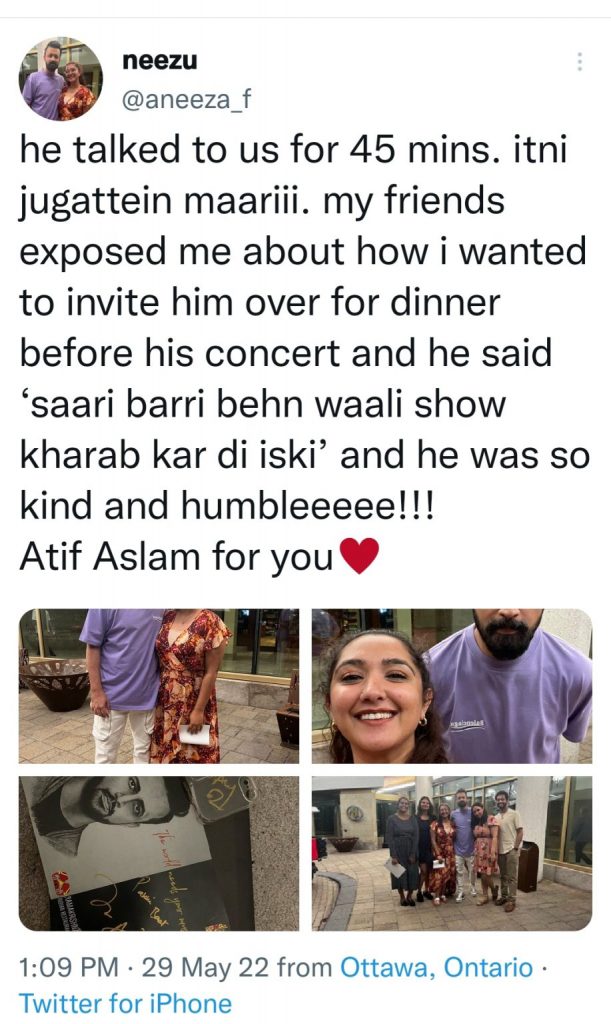 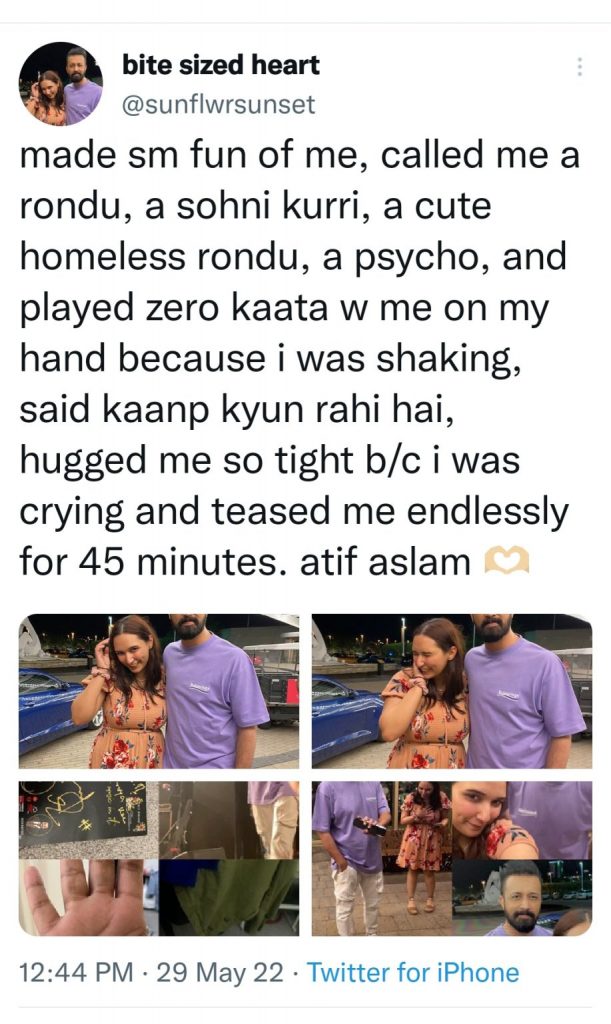 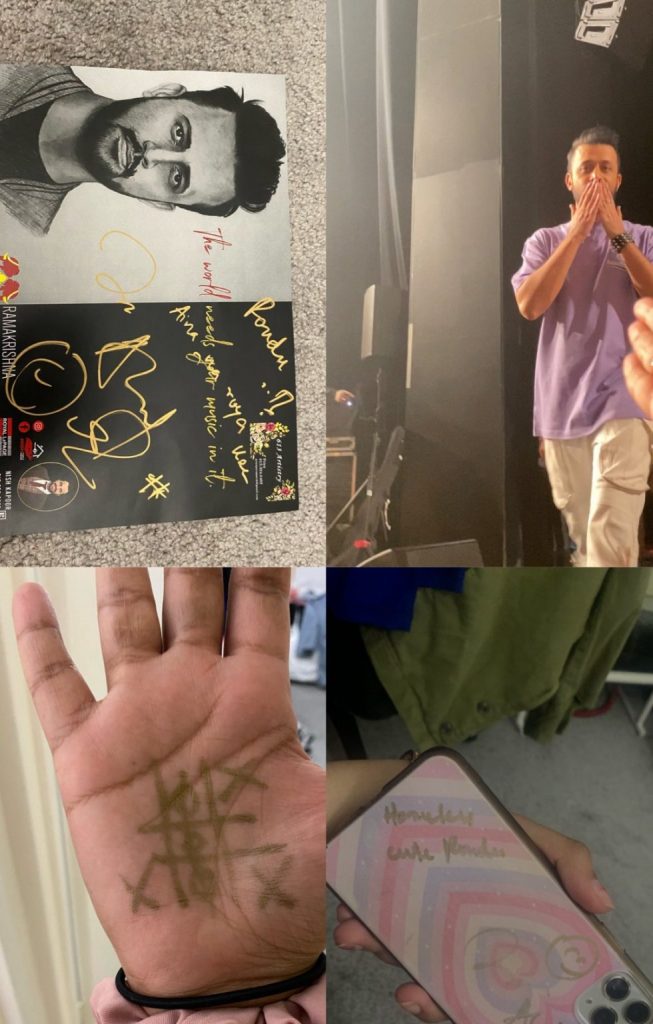