Ali Kureshi is a new emerging actor and model from Pakistani showbiz industry and he is trying hard to make a stronghold on Pakistani showbiz industry.He is currently locked in the drama serial Betiyaan and Ali Kureshi is winning hearts for his captivating performance in Betiyaan which airs on ARY Digital.Ali Kureshi is getting all the limelight and attention for being incredibly good in this character. This model and actor has done tons of modeling and acting projects and is again landing in hearts with his irresistible looks. 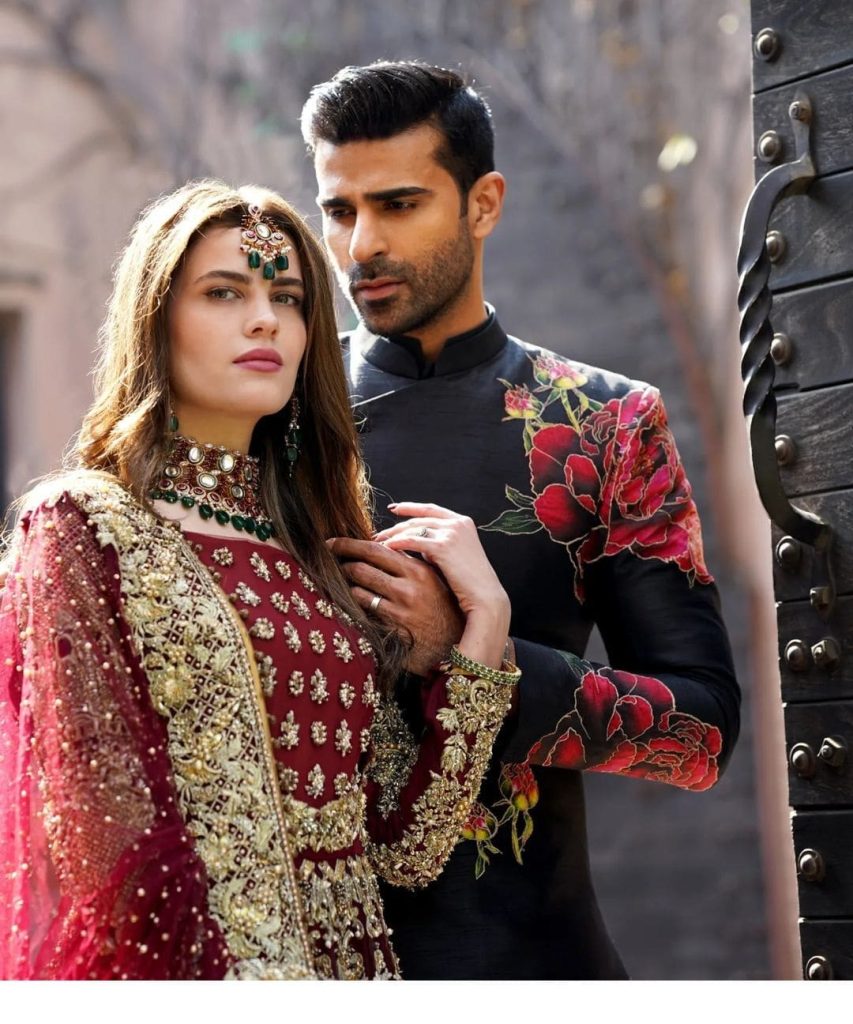 Here we are going to present a good news for Betiyaan drama fans and specially Ali Kureshi fan’s that the famous model has now became a father of an adorable baby girl.The Betiyaan fame Ali Kureshi announced this good news on his Instagram handle that he has been blessed with the blessing of a baby daughter and Ali Kureshi seems extremely happy on becoming a father. 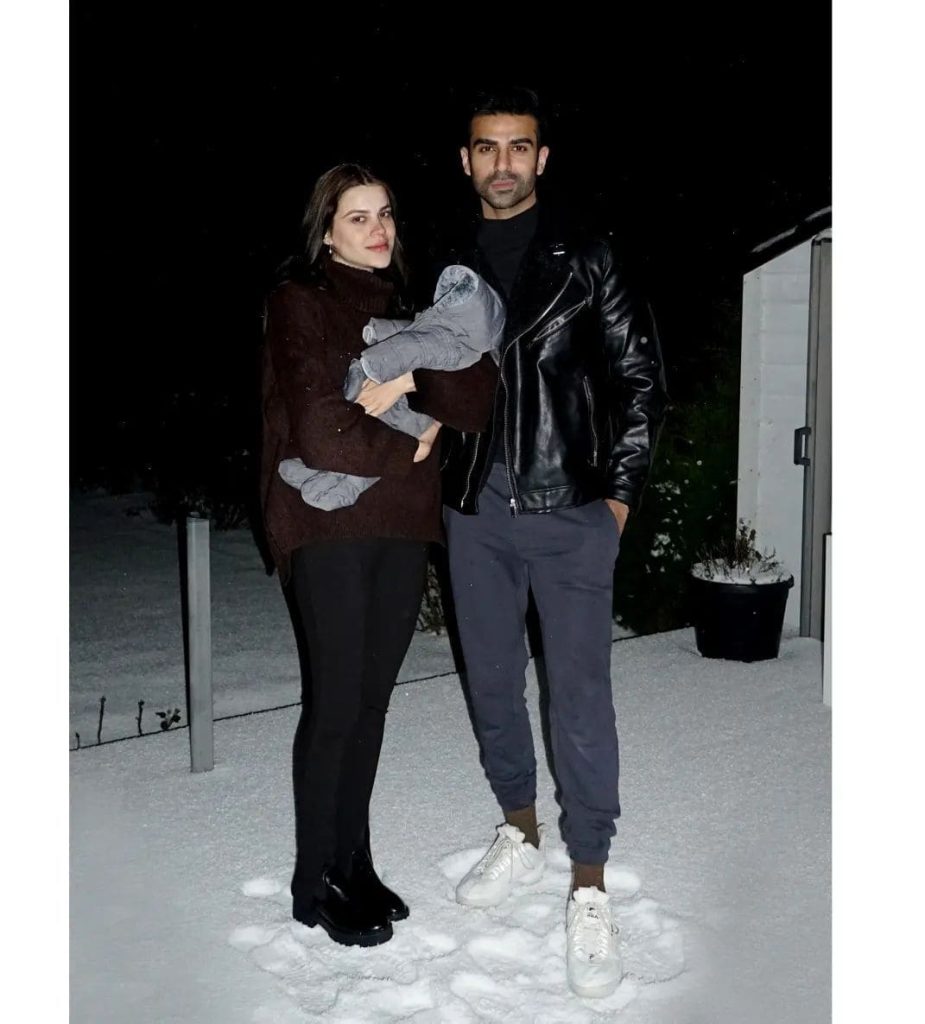 It should be noted that this was a two weeks early delivery from expected date but Ali Kureshi confirmed that both the baby and mother are absolutely fine by the grace of Allah.Ali Kureshi called her new baby daughter ‘Elsa’ for a day which means frozen,he chose this name because It was the first snow day in Norway where she was born.Ali Kureshi is married to a gorgeous lady Khadija Ali and they both make a very perfect couple together.The beautiful couple resides in Norway and Ali often visits Pakistan for his projects. 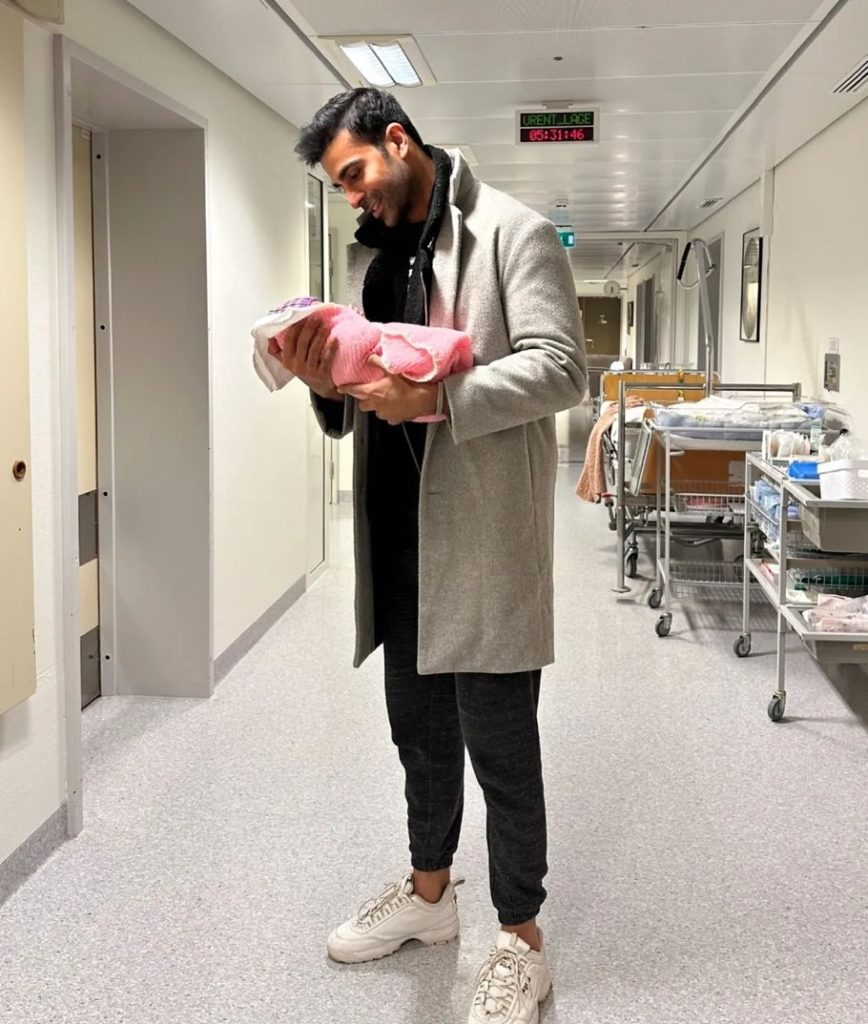 He wished his wife Khadija an anniversary and said that the 20th of November marked the day when both of them tied the knot with each other and now this year on the 18th of November they are with their new born baby daughter. What a beautiful journey it is. This definitely ties a couple into stronger bonding and endless love. We are in an awe-inspiring mood after beholding this post and really gushing over their chemistry. 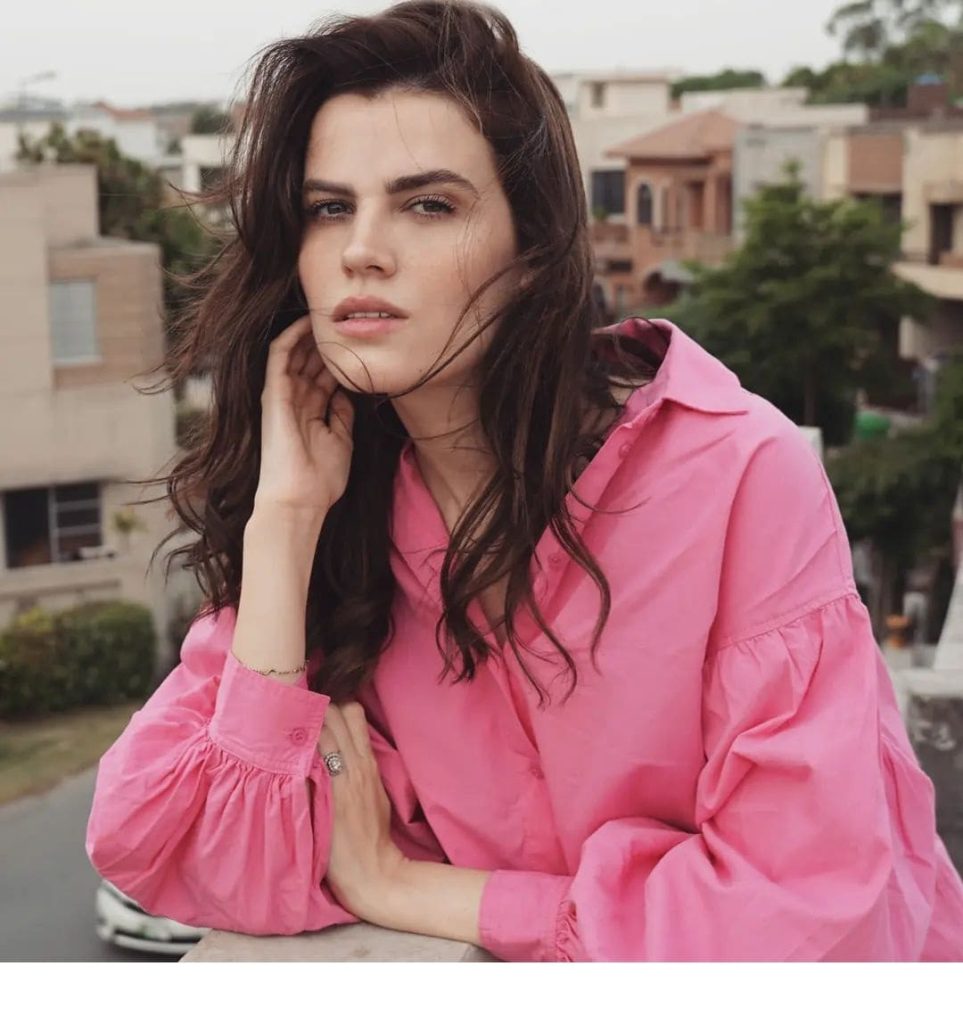 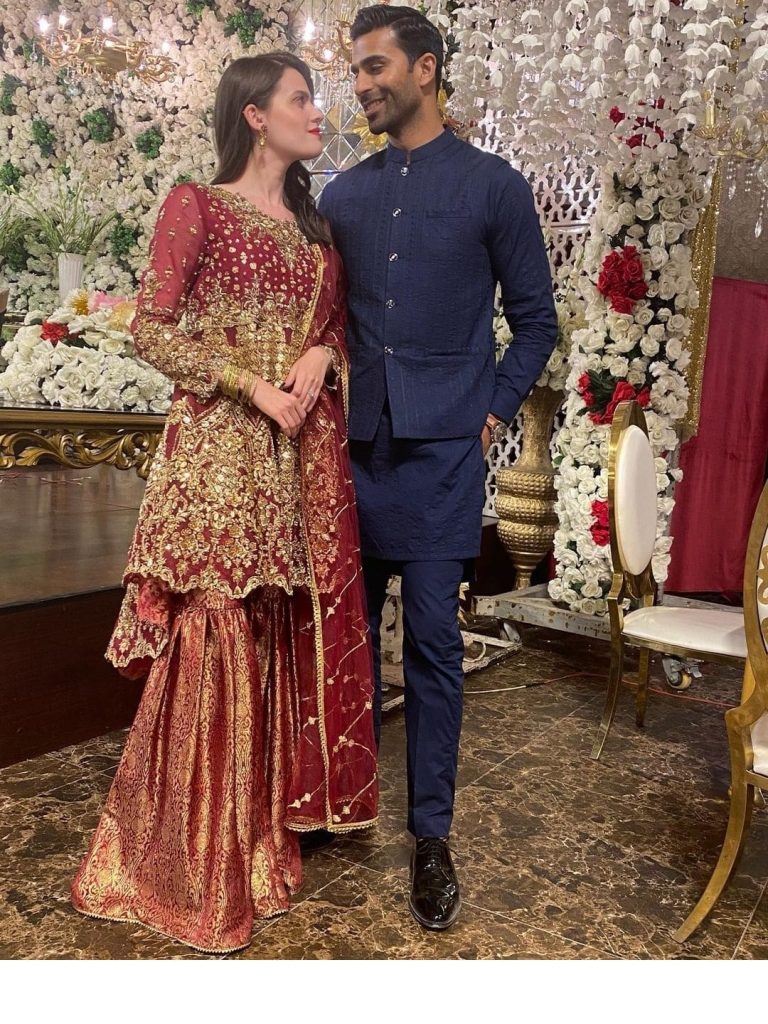