Minal Khan is one of the most prominent lady of the Pakistani showbiz industry with massive fan following.She often gets to play lead roles in Pakistani drama serials and is an actress who never fails to surprise everyone with her immense talent.She has been working in the showbiz industry for quite long time now and has gained recognition over time because of her early debut only at the age of 13.

Minal Khan was born in the year 1998 and turned 23 this year.She is married to Ahsan Mohsin Ikram who is also a part of showbiz industry.They both were engaged in 2021.

The beautiful couple of Minal and Ahsan Mohsin is becoming the main center for trollers after they uploaded their pictures on social media.From their honeymoon pictures to now they are continuously getting backlashed for posting intimate pictures.Now we are talking about the latest picture of Minal and Ahsan Ikram which is getting them lots of hate and criticsm. 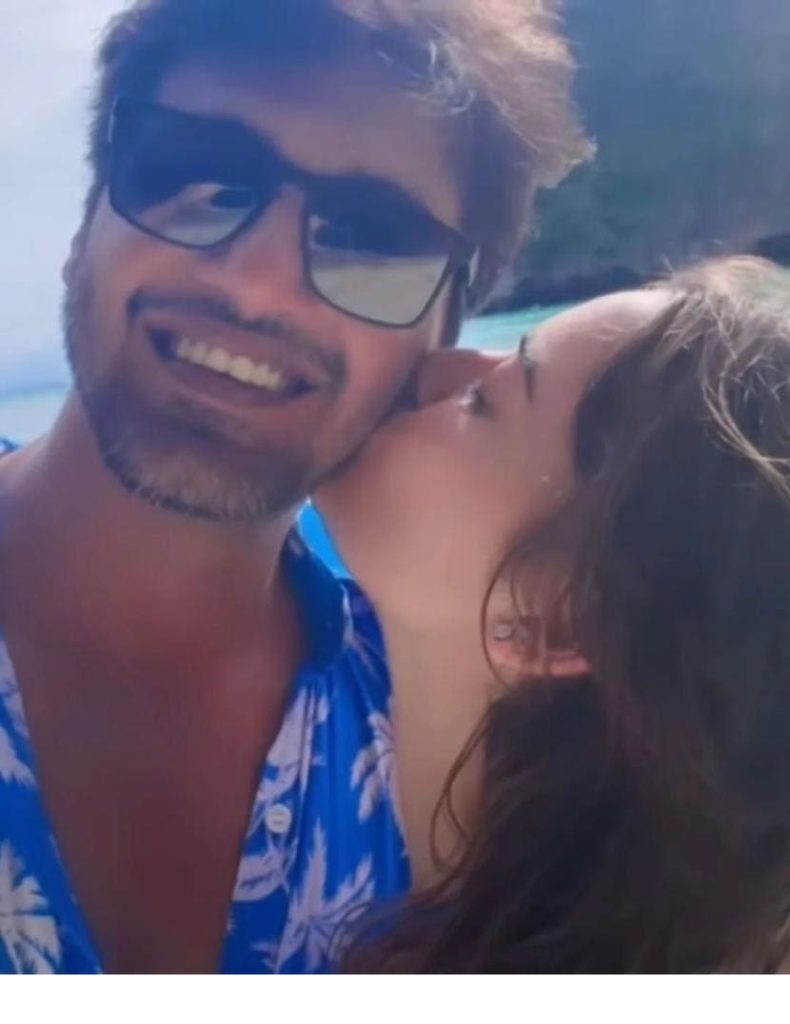 Recently,Ahsan dropped a picture with his wife Minal in which they are enjoying together on a beach and Minal is seen kissing her husband in the photo.Ahsan’s caption ‘Beach Bae’ is saying it all.Right after posting this picture, some more lecturers started schooling this couple for destroying society and spreading vulgarity.You can cleary see the picture below. 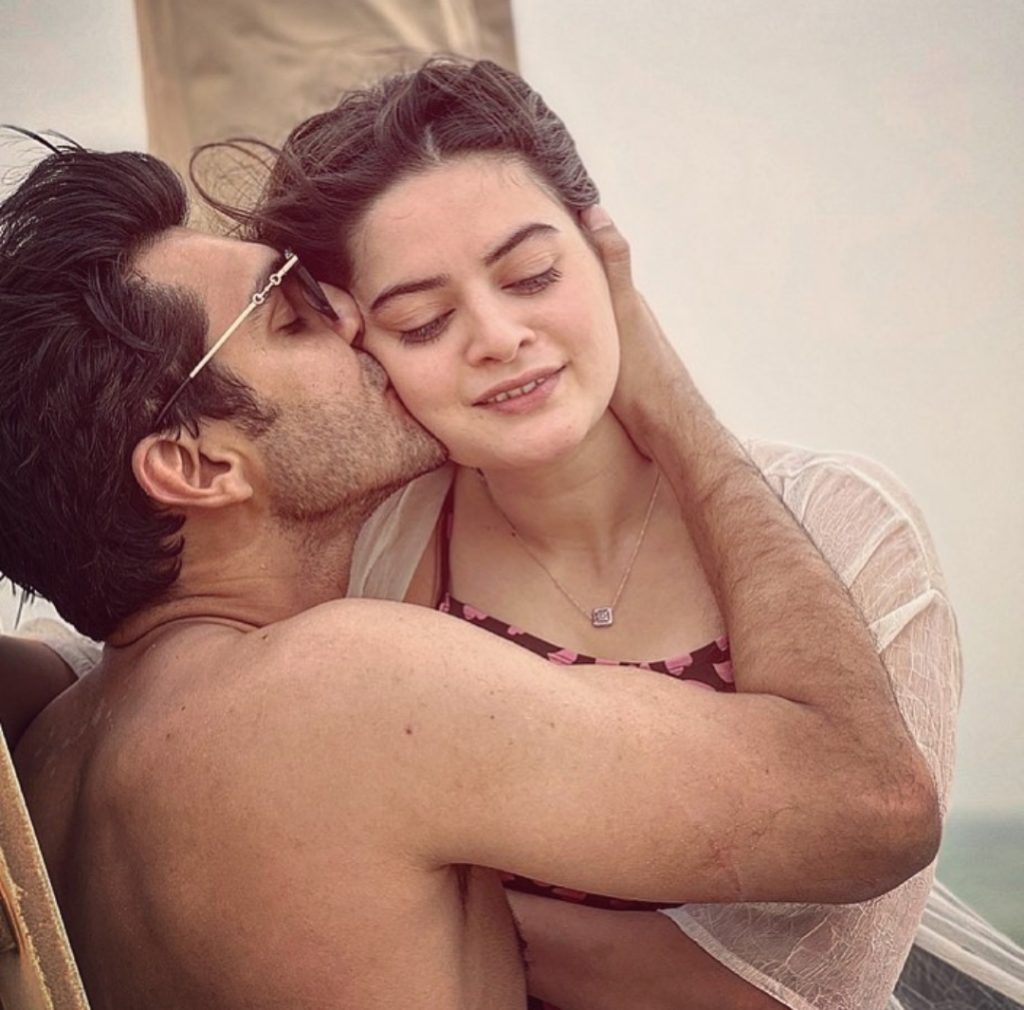 Some netizens are giving a advice to the couple that they should not share these private moments with everyone on the internet.While some people are becominf furious at the couple for posting these intimate pictures.You can all see their view’s below about this picture. 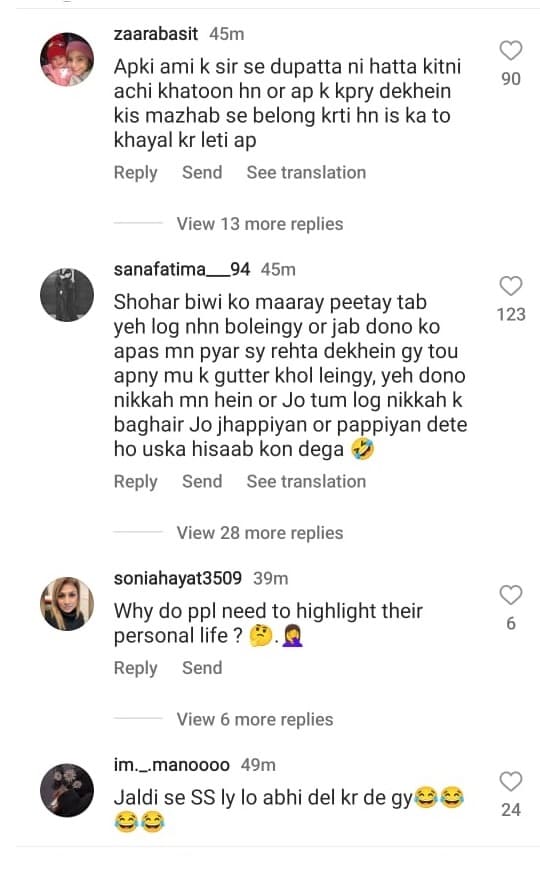 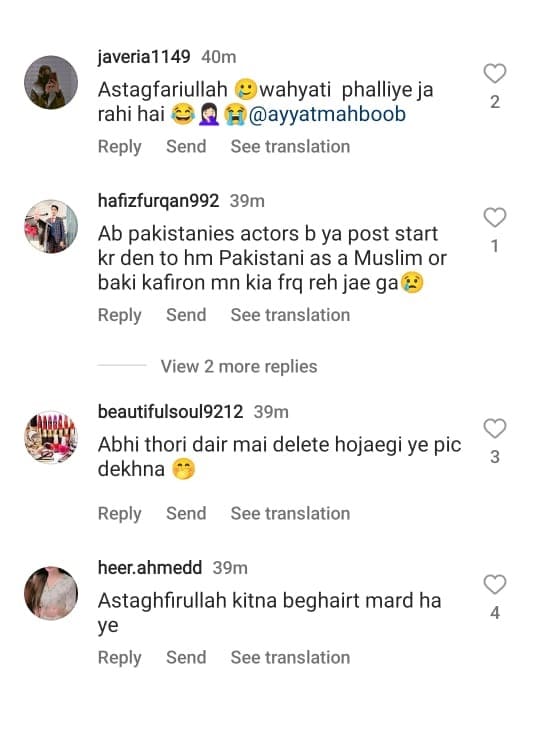 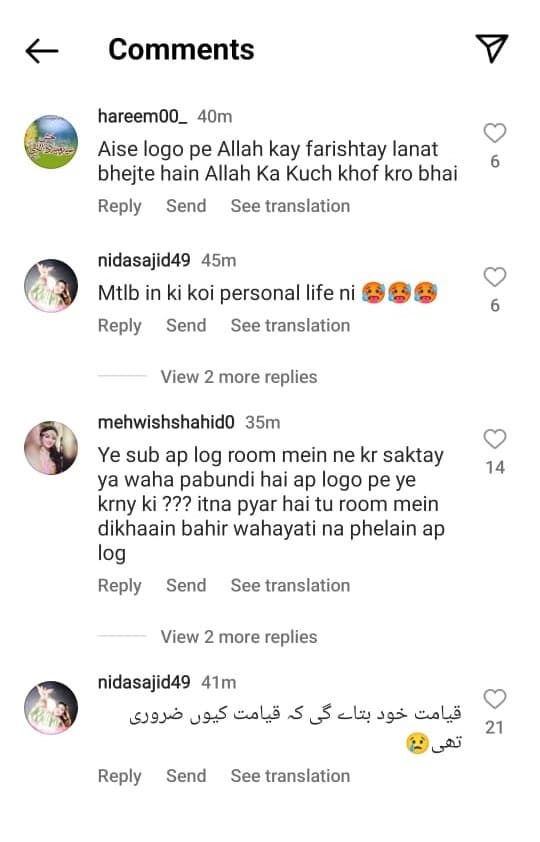 Well what are your views on this?Must tell us in the comment section below and don’t forget to follow us on Facebook for daily updates from all over Pakistan.Thanks