Saboor Aly tied the knot with Ali Ansari in the year 2022 and their marriage pictures took the internet by storm.They exchanged rings in a beautiful and lavishing marriage ceremony and It was surely a treat for her fans.Saboor Aly and Ali Ansari are considered as one of the best couples from Pakistani showbiz industry. 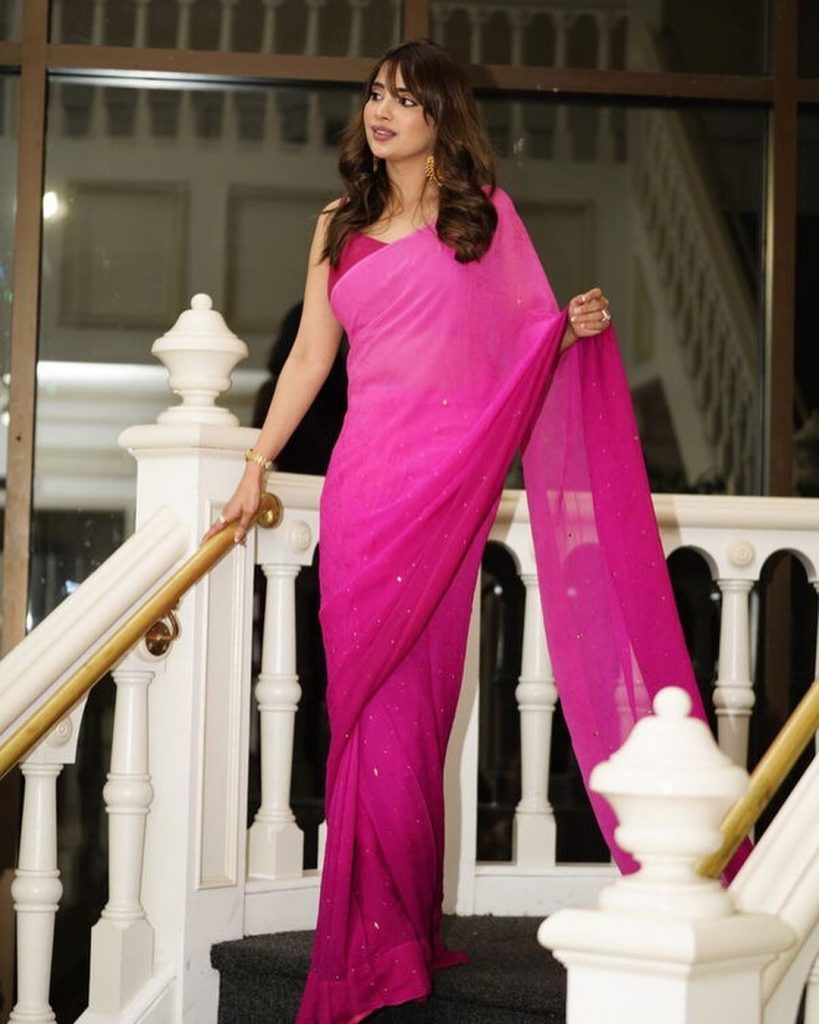 The in between chemistry of Saboor and Ali Ansari is just exceptional.Saboor Aly and Ali Ansari are never shy to show their love on social media.Their romantic pictures are always loved by the fans.Saboor Aly is often seen portraying positive roles just like her innocent face.While Ali Ansari is also in the same line as her and they both are two finest actors of Pakistan. 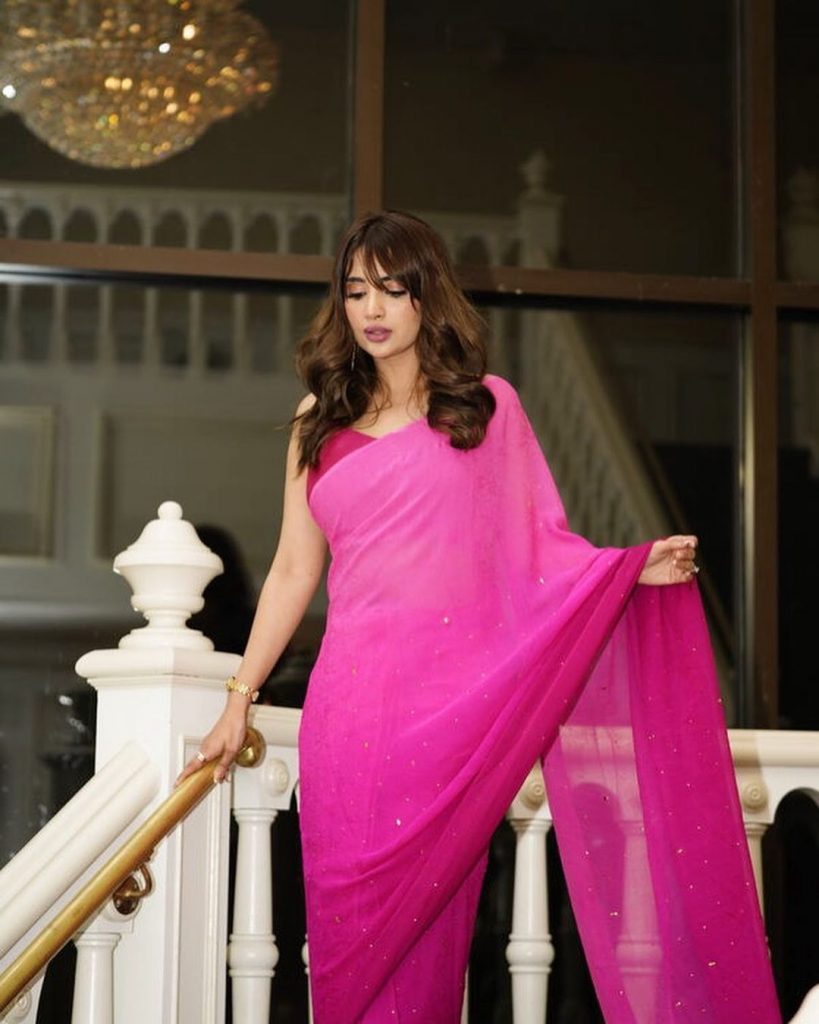 Recently,Saboor Aly posted some glamorous and stunning pictures with her fiancé Ali Ansari.The duo is looking extremely dreamy.It can be seen in the pictures that Saboor Aly is wearing a pink saree and giving exquisite looks in the saree.Saboor always radiates glow whenever she adapts the saree fashion. 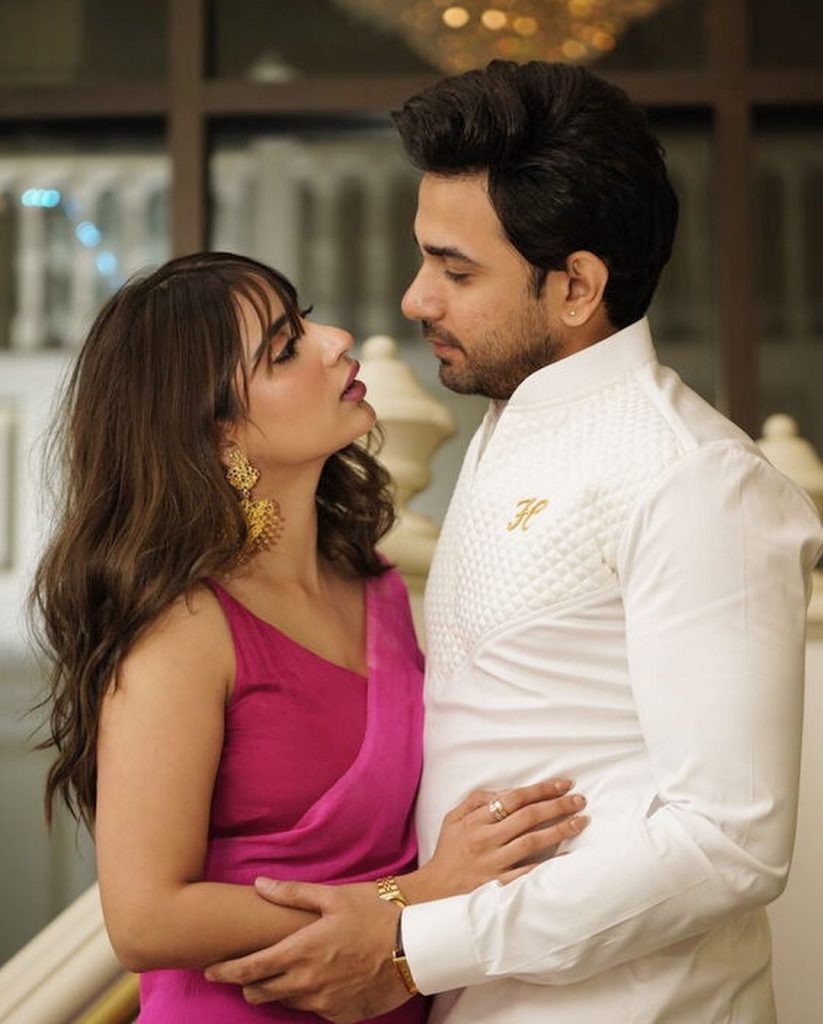 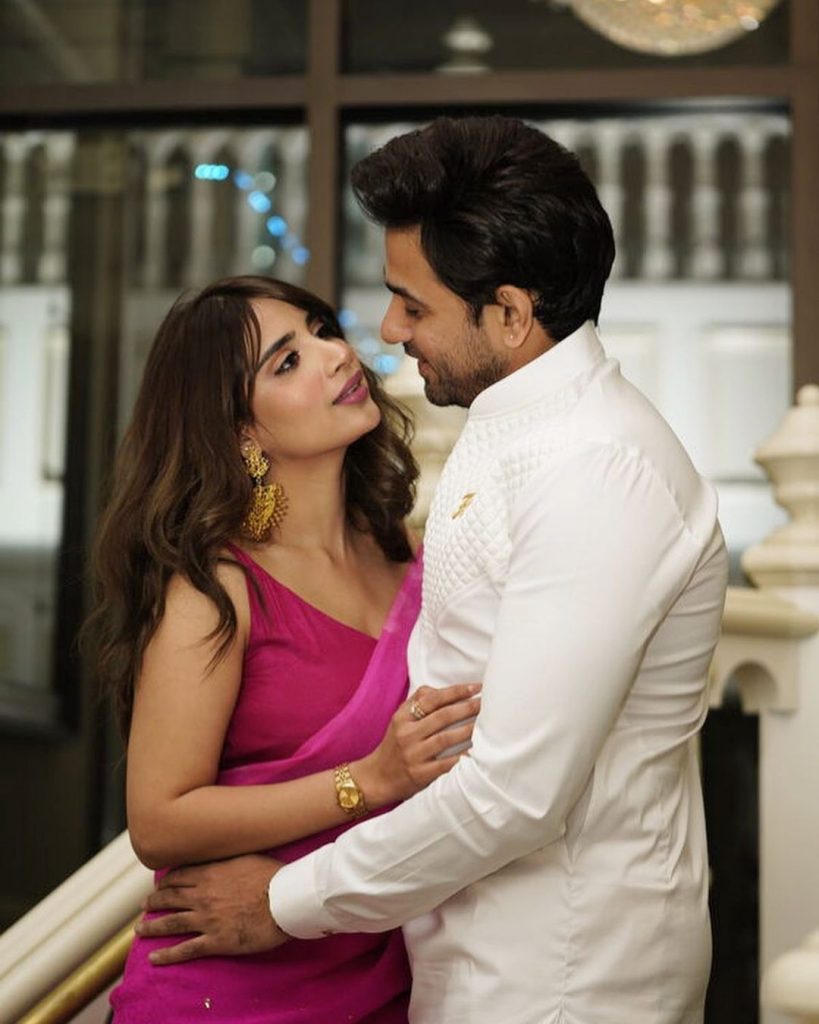 Many famous showbiz divas like Hania Aamir,Aiman Khan and few more also commented on their photographs.The fans just cannot stop themselves from adoring the beautiful couple.So lets take a look at their pictures below. 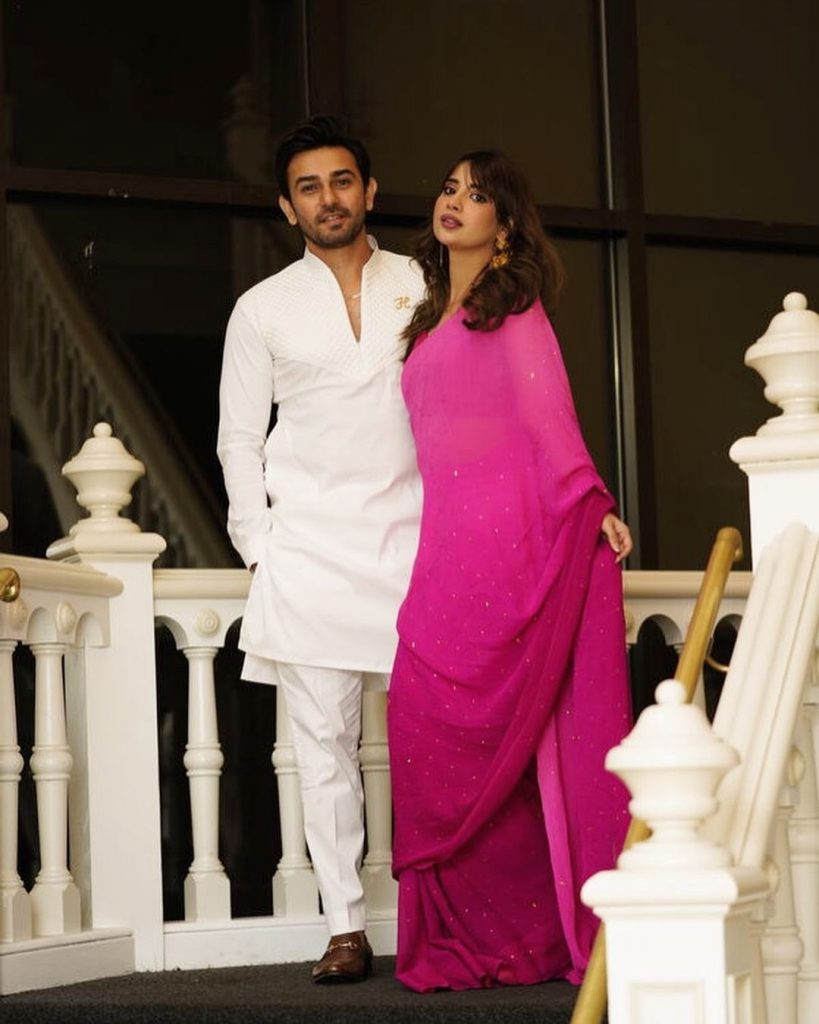 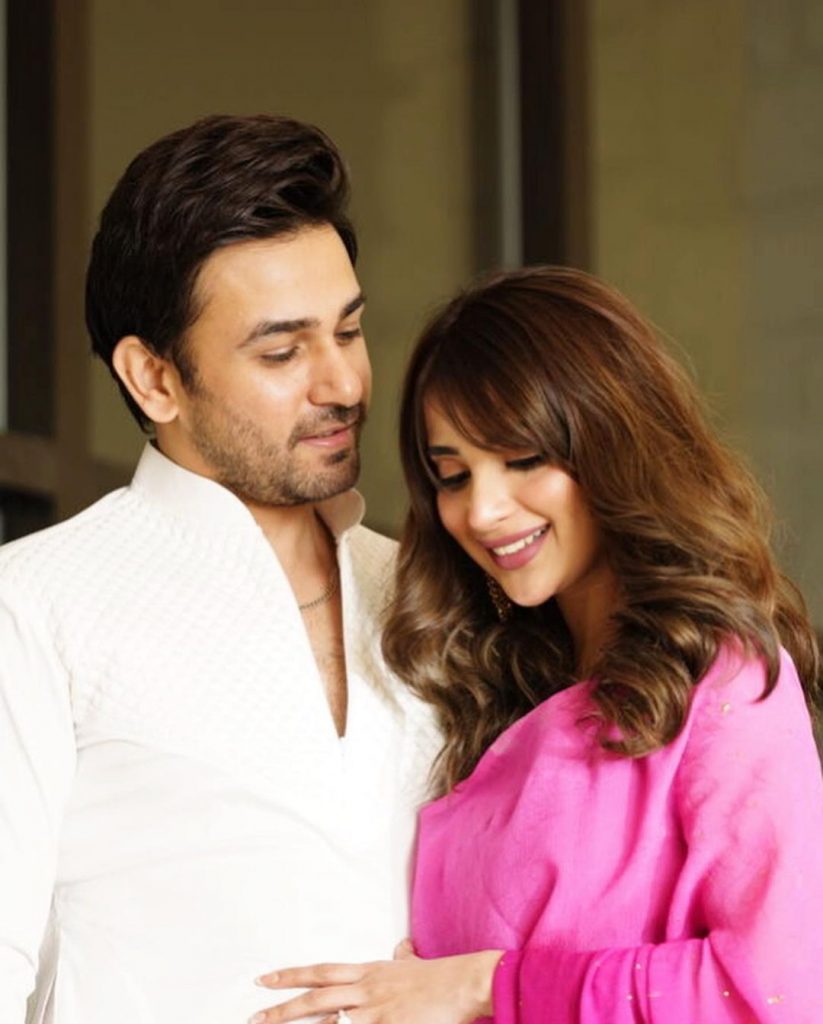 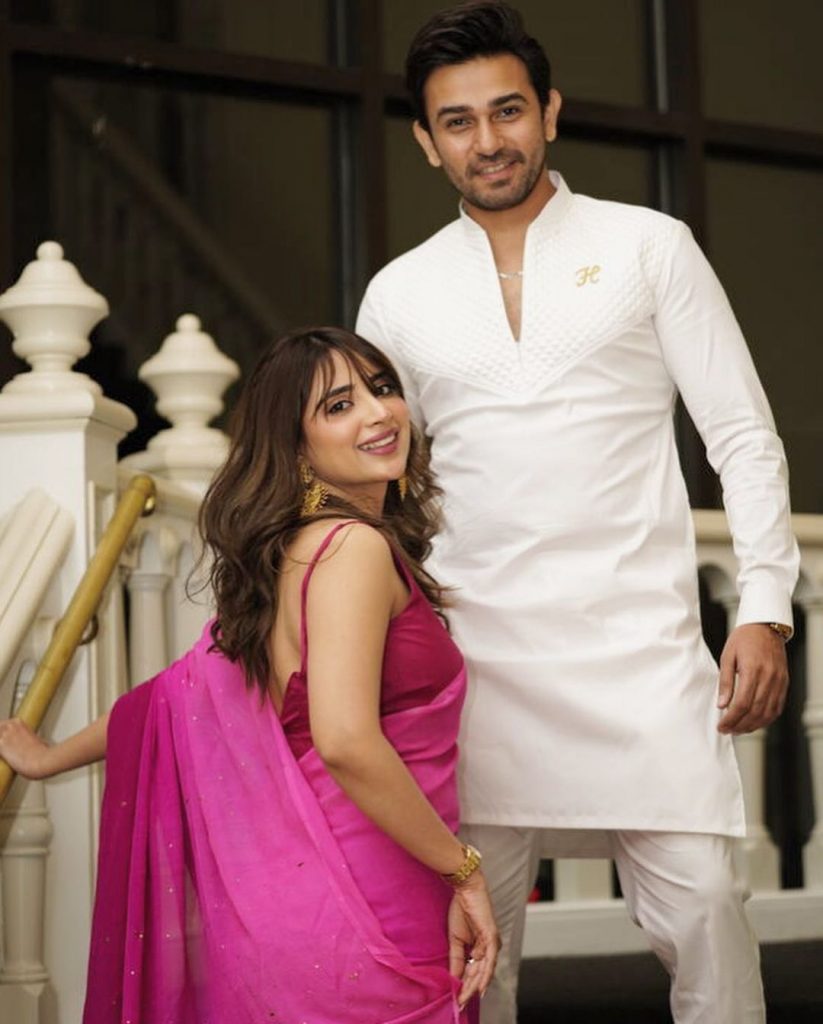 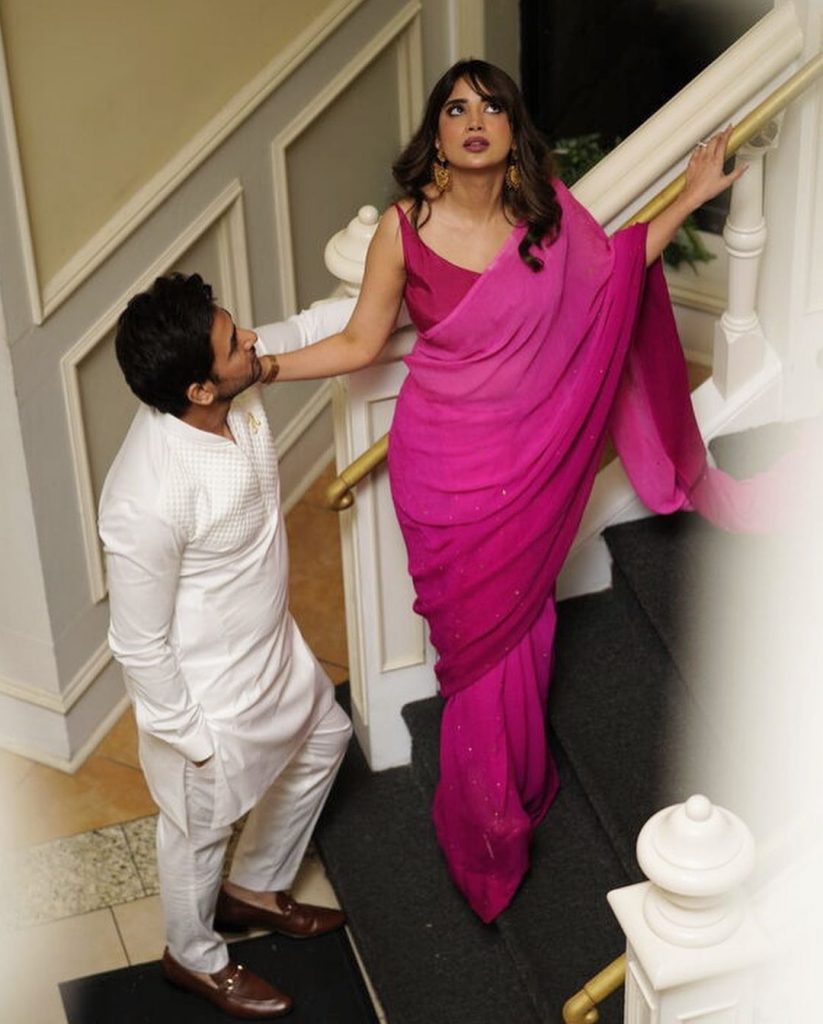 If we talk about the instagram handle of Saboor Aly,than she has around 4 million followers on it.For those who don’t know,Saboor Aly is the sister of well known Pakistani actress Sajal Aly.She followed Sajal and entered into Pakistani showbiz industry.

Saboor Aly is mostly recognized by her exceptional performance in drama serial Parizaad which got her immense fame.Saboor Aly is currently 27 years old while Ali Ansari is 35.They both have the age gap of almost 8 years.